Yuvraj revealed many interesting stories about his career and more interestingly about the other contemporary players.

Indian cricketer Yuvraj Singh is well-known for his jolly and blunt nature. There have been several occasions when Yuvraj made headlines for his straightforward answer to the media. Currently, he has been in the headlines after the launch of his new clothing line ‘YouWeCan’ Fashion. The launch was filled with stars and international cricketers across the globe. In order to promote his clothing line, Yuvraj has been seen giving interviews very often and on several occasions one can say that it is full of laugh and interesting stories.

Recently, he gave one such interview to Radio Mirchi, where he revealed many interesting stories about his career and more interestingly about the other contemporary players. The interviewer was RJ Suren who asked 20 questions to the Indian cricketer, in which he had to be honest.

The conversation began with ‘What is YouWeCan’, which he answered saying, “YouWeCan is you and me together, you we can together, we can fight cancer, that’s the whole purpose of it and it’s a motivation to get up and doing again.”

Second question was about who is the most dangerous player on the field, not by looks. Yuvraj answered it pretty wittingly with his explanation and said, “He had a similar colour like you (RJ Suren), I am not being a racist but he was scary and a dangerous bowler, Muttiah Muralitharan. So, every time he used to come and bowl, he would breathe fear with his looks and his eyes. And he would also spin the ball very much. He was almost unplayable every time I confronted him. There were many game plans on how to tackle him but he always got the better of us. I remember when he retired, I went up to him and said thank you with joined hands Murali sir for retiring.”

Not to forget that Muralitharan is currently mentoring Yuvraj’s current Indian Premier League side Sunrisers Hyderabad and Yuvraj also said that it’s great to have him. Moving to third question, it was about the most abusive word Yuvraj has ever heard on the field (not from any Indian player) and once again he came up with another witty reply. “Yes, we have heard a lot. When I started playing, players of Australia and England abused a lot, including Andrew Flintoff before hitting six sixes and I cannot talk about those abusive words because I think all the fans and listeners are hearing this conversation.” He further also said that, “what is the use of abusing if it has been muted or beep, so let’s leave it.”

Coming to fourth and probably the most interesting question of this interview was, biggest miser in Indian Cricket Team and one will surely be stunned with his answer. Yuvraj said, “There have been many misers in our team, especially the seniors and I cannot reveal their names because this is a very sensitive issue.” The Indian southpaw further gave an example and added, “I don’t how to explain. It’s like this is yours and this is mine, you will pay for this one and I will pay for that one. You know, in our Punjabi culture, we don’t have that, if we are going out for eating something, then one person pays but some people are different and currently, Virat Kohli is the biggest miser. So, every time we go out, it’s me always paying and I have to force him to give the money. Ashish Nehra gets miserable at times; usually he is very generous but sometimes. When he got married, Nehra used to say, please try to understand, I have to manage my wife and kids, I cannot spend much.” Yuvraj then added more to it by saying, “It’s not like they are miser but it’s just a fun banter between us guys like why aren’t you paying.”

He somehow managed to name one senior player and quipped, “Among the senior players whom I can name is Javagal Srinath was very generous. After playing so much of cricket with him, he finally gave a treat to us at a restaurant and we uploaded that picture on Twitter as well by writing, thank you Srinath Ji, for the treat after 15-years.”

Well, these are just few questions from that conversation out of 20, which Yuvraj answered very honestly and kept revealing interesting stories. 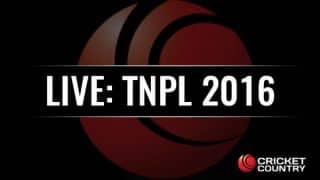