On being asked his favourite Test batsman, Brett Lee picked Virat Kohli's name and said he is only getting better with the age.

Former Australia pacer Brett Lee heaped huge praises on Virat Kohli as he claims in the recent greats of the game it’s hard to look past the Indian captain. Kohli was the leading run-scorer in international cricket last decade and he led the Indian team to great heights in red-ball cricket.

On being asked his favourite Test batsman, Lee picked Kohli’s name and said he is only getting better with the age.

“When you look at the recent greats, it is hard to look past Virat Kohli. What an incredible record he has got. He is only getting better with age. He has got a great mindset, a great cricket brain as well,” Lee said in an interview with ICC.

Lee said that Kohli is a great influence on the team and the way he emphasized on the importance of Test cricket will boost his morale.

“Kohli, he is such a dynamic player, such a great influencer for the team, world-class batter. We know that that’s a given. But I think that with his emphasis on how important Test cricket is to him, and his team, and his nation, it is going to weigh in very heavily on him and that will improve his performance,” Lee added.

The legendary Australia pacer, who played 76 Tests and 221 ODIs, feels that Kohli will step up on the big occasion and will be eager to become the winners of the inaugural ICC World Test Championship.

“We know that Kohli steps up on the big occasions. And, as you mentioned, he wants to see his side be the first winners of the ICC World Test Championship. It means a lot to him. And I think that will be the talk. Once everything is said and done, once the preparations are done, when they arrive there when the quarantine is done, just before they walk out, I think that will be the last comment – Let us enjoy it but let us become the first side to ever to win this ICC World Test Championship,” Lee said. 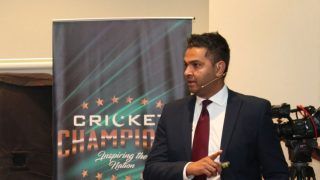 T20 World Cup Set to be Moved Out of India, ICC Intimated Internally