Virat Kohli is a "superstar" who will be at the forefront of keeping Test cricket alive, feels former South African captain Graeme Smith.

Virat Kohli is a “superstar” who will be at the forefront of keeping Test cricket alive, feels former South African captain Graeme Smith.

The year 2018 has been great for the Indian captain, who has produced some exceptional ODI feats including the fastest to reach the 10,000 club, elevating his stature as the best batsman in the world.

“World cricket is lacking huge amount of superstars. May be one or two in England. I think Virat (Kohli) is that guy (superstar),” Smith said in his address at the Jagmohan Dalmiya Annual Conclave (Chapter II) here Friday.

“The fact that he loves Test cricket and puts in performances, it keeps Test cricket relevant in a country that loves the game with IPL and other T20s. It’s huge for the game.

“As long as Virat keeps promoting Test cricket as an icon and superstar, we all have the chance to keep the game relevant,” he added.

Smith, who played 117 Tests while captaining South Africa in 109 of them, criticised the Kookaburra balls for adding to Test cricket’s misery.

This has come at a time when members of the Indian team, including Kohli, who have slammed the quality of SG balls.

“It’s a ball that softens and does not swing for a long period of time. I think Test cricket cannot afford to have boring draws.

There has been a lot of debate over tweaking Test cricket to keep it alive and the 37-year-old South African offered a “simple solution” to bring in more competitiveness in the format.

“Unfortunately in Test cricket, we have lost a few dynamic teams. There are teams who are going through transformation phases. I believe if world cricket is competitive all formats will work,” he said.

“Test cricket is the ultimate test of your ability and skill and your physical state. The challenge is to get competitive teams outside the top three. Then if we add some of the nuances people will start take seriously.”

India will be in Australia for a full tour starting next month with an aim to script a maiden series Down Under.

In their recent overseas tour to England, India suffered a 1-4 drubbing while earlier this year they lost 1-2 in South Africa.

Showering praise on India’s pace attack, Smith said India have it in them to win Down Under this time.

“They (India) will be disappointed that they have not won a Test series in South Africa and England. Certainly the ability is there. I think they can challenge teams in their own conditions. They have the talent and ability to do well in Australia,” he said.

“India’s seam attack is one of the best that we have seen. Not just one, but the whole attack is outstanding. You now have young seamers who can hurt the opposition,” Smith signed off. 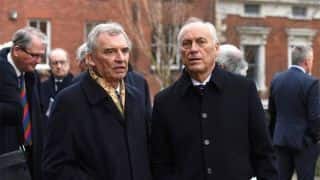