Ganguly is not worried about Kohli's supposed temperamental issues.

New Delhi: Former India captain Sourav Ganguly is not really bothered about whether Virat Kohli has attitude problems as what matters at the end of the day is his “class” and the “runs that he scores” for India. In the context of whether he was on same page with Board of Control for Cricket in India (BCCI) President Jagmohan Dalmiya about Kohli’s behavioural issues, Ganguly replied, “You need to ask the BCCI president as to what he said on Virat. To me, he is a terrific player. That’s how I look at it. He is a young boy. He is just 26. Therefore, more he will learn, better he will get. At the end of the day, he is a class act.” READ: BCCI to monitor Virat Kohli’s behaviour

Speaking to reporters on the sidelines of the Times of India Sports Awards (TOISA), Ganguly said that Kohli should be judged for his qualities as a top class batsman and the amount of runs he scores for India. “I hope he continues to bat like the way he is doing right now. Every person is different and you got to treat them differently. I only look at the runs he scores and nothing else. I hope one day, he will lead the side to a World Cup title,” said Ganguly.

The elegant left-hander however skirted the issue of him taking up the India coach’s role. “There is no point thinking about it. If you get the job, you do it. As of now, I am not aware of anything,” Ganguly didn’t want to entertain queries on his rumoured role.

Asked about comeback chances of Yuvraj Singh, who has been out in the wilderness for more than a year now, Ganguly said that he expects the stylish southpaw to be more consistent in the ongoing IPL. “He (Yuvraj) has to be more consistent like he was in the past. The manner in which he played the last match (against MI), I expect more such innings. So I hope he finds his touch soon,” said Ganguly. 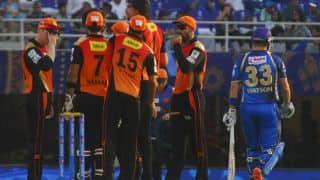 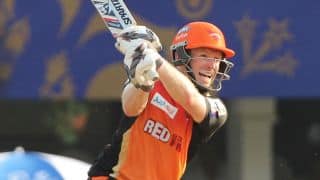