Virat Kohli is not the only senior cricketer to have requested BCCI for a break.

Indian vice-captain and Test skipper Virat Kohli has requested the Board of Control for Cricket in India (BCCI) to exclude him from the Bangladesh tour following a long cricket season, which started in Australia in December. As a result the team is likely to have a new Test captain.

Moreover, according to media reports, the team will travel without a head. India are to play one-off Test and three One-Day Internationals (ODIs) against Bangladesh, starting June 10. Robin Uthappa, Manish Pandey and Kedar Jadhav should be picked

BCCI is also likely to retain the coaching staff, which included Sanjay Bangar, Bharat Arun and R Sridhar. However, Duncan Fletcher is not to be part of it. Ravi Shastri is set to return as the team director. India tour of Bangladesh 2015: Expect monsoon to play spoilsport

Apparently, Kohli is not the only cricketer to have requested for a break. The Sandeep Patil-headed selection committee will select the squad on May 20. With the current scene, it is highly possible that India may send a team devoid of big names.

“Kohli has confirmed that he wants a break. Many senior players don’t want to travel to Bangladesh as they already have been touring a lot over the past one year. Few of them have requested for a break but the BCB wants at least some of the key players to be sent to Bangladesh as it will keep some interest alive with the TV viewers,” a BCCI source was quoted as saying by Indian Express.

“We haven’t short-listed names of potential candidates who we think can coach the Indian team. The process is still in progress and it will take another month or so.”

India will tour Zimbabwe and Sri Lanka after the Bangladesh tour over the next two months. Cheteshwar Pujara slams ton for Yorkshire vs Hampshire in County Division One match

Ajinkya Rahane, who despite not having much experience, could lead the team in Bangladesh. Cheteshwar Pujara could also lead the team, who scored a century for Yorkshire recently. Pujara had led India. Ajinkya Rahane: Rahul Dravid will always remain one and only ‘Wall’ in cricket 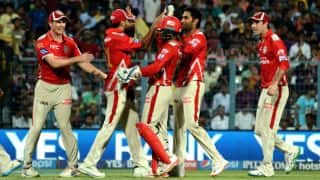