Also rested for the series are Jasprit Bumrah and Bhuvneshwar Kumar, the pace duo, and youngster Mohammed Siraj and Shardul Thakur have been drafted in.

India skipper Virat Kohli and MS Dhoni have been rested for the upcoming Nidahas Trophy 2018. Kohli, who had scored 558 runs in the ODI series in South Africa, was rested for the final T20I due to a stiff back while Dhoni is learned to have asked for more rest. Also rested for the series are Jasprit Bumrah and Bhuvneshwar Kumar, the pace duo, and Mohammed Siraj has been drafted it. Shardul Thakur has retained his place. Rohit Sharma will lead the side while Dinesh Karthik and Risabh Pant are India’s wicketkeeping options. Interesting inclusions are those of Deepak Hooda and Vijay Shankar, who impressed in the latest domestic season.

BCCI press release quotes the Chairman of Selectors MSK Prasad as saying, We ve kept in mind the workload and upcoming schedule while finalising the team for Nidahas Trophy. The high-performance team has suggested that adequate rest should be given to our fast bowlers to help improve athletic performance, maximise rest and prevent injury. Mr MS Dhoni was not available for selection as he had requested for rest.”

India, Bangladesh and Sri Lanka will play two T20Is with each of their opponents to qualify for the final. Nidahas Trophy commemorates 70 years of Sri Lanka’s independence. 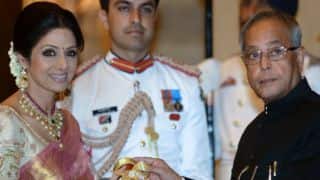 India are ready for England and Australia, believes Bhuvneshwar Kumar