Skipper Virat Kohli has expressed disappointment over India losing two points for slow over rate during the first Test in Nottingham that ended on Sunday.

London: India captain Virat Kohli didn’t hide his disappointment in the pre-match press conference before the second Test when asked about his reaction to India losing out on two points due to slow over-rate in the first Test at Trent Bridge, Nottingham that ended on Sunday. The Indian skipper felt that they did well to cover up at least three overs but still fell short by two overs because of which they were not only docked two points but also penalised 40 per cent of their match fees.

“Small little things where we can save 10-15 seconds is really what matters and we practised that in the second innings and we were able to cover up three-odd overs. You don’t want to be that far behind in the game that you are not able to catch up and cover your overs and time. The points are very, very crucial.”

Both India and England weren’t just docked points but were also fined 40 per cent of their match fees after they were found two overs short.

According to article 16.11.2 of the World Test Championship (WTC) playing conditions, aside is penalised one point for each over short.

As per article 2.22 of the ICC Code of Conduct for Players and Player Support Personnel, which relates to minimum over-rate offences, players are fined 20 per cent of their match fees for every over their side fails to bowl in the allotted time.

After deduction of points, both teams now have two points each in the WTC standings ahead of the second Test at Lord’s, which begins on Thursday.

India and their frontline batsmen will have history against them when they take on England in the second Test here at Lord’s from Thursday.

India have won only two of the 18 Test matches they have played at the venue, considered to be the home of Test cricket. The last of their victories came on the 2014 tour, 28 years after their first win in 1986.

India’s top batsmen, skipper Virat Kohli, Ajinkya Rahane and Cheteshwar Pujara don’t have a flattering record at the venue, where the slope can have a great impact and affect a batsman’s stance.

There has been only one century from the six outings made by India’s top three batsmen and that came off Rahane’s bat in 2014.

India will also have to look at their bowling combination. It is likely that India may go in with four seamers and one spinner in the Test match as Kohli has made it clear.

Whether they bring in R Ashwin is the question. Ashwin has had a good outing in England so far — in the World Test Championship final against New Zealand and a county game for Somerset — and his omission from the first Test surprised many ex-cricketers.

Shardul Thakur too is not available for the second Test, confirmed BCCI.

India may also consider pace bowler Ishant Sharma who drove India to victory when they last won a Test at Lord’s in 2014.

The 32-year-old 102-Test veteran had picked seven wickets for 74 runs in 23 overs to lead India to a 95-run win in the second Test in 2014 to help India take 1-0 lead in the series before England came back to win the last three Tests. 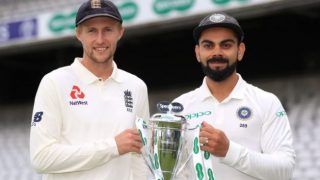 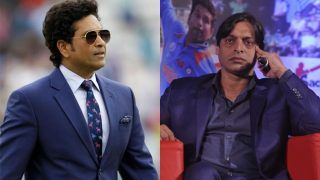 When Shoaib Akhtar Tried to Lift Sachin Tendulkar For Fun, But Failed!