Virat Kohli on Rohit Sharma being rested for West Indies tour: His batting contribution will be a huge factor for India in upcoming tours

Virat Kohli on Rohit Sharma being rested for West Indies tour: His batting contribution will be a huge fac

India began their Champions Trophy campaign against Pakistan, thrashing them by 124 runs at Edgbaston.

India s clinical performance against Bangladesh, courtesy Rohit Sharma s 123 and skipper Virat Kohli s 96, proved too expensive for Bangladesh in the second semi-final of ICC Champions Trophy 2017. With this, India will now face Pakistan in the final. India began their Champions Trophy campaign against Pakistan, thrashing them by 124 runs at Edgbaston. Post this tournament, Kohli and co. will tour West Indies for 5-match ODI series and one-off T20I. BCCI had announced the 15-member squad for West Indies tour when India were playing against Bangladesh. Rohit and Jasprit Bumrah were rested for the tour. FULL CRICKET SCORECARD: India vs Bangladesh, ICC Champions Trophy 2017 Semi-Final 2 at Edgbaston

Addressing the reporters after the match, Kohli explained the reason to rest Rohit for the tour, Rohit has come back and really had a full IPL season, which has been hectic. They reached the final, so he got lesser rest than anyone else. He also had a massive hip surgery, so muscles around that area are always vulnerable. There’s no doubt about Rohit’s ability and what he brings to the team. We need to protect him going further because later half of the year we have massive tours coming up, and his batting contribution will be a huge factor for us. We want him to be careful because after a massive surgery.

Impressed by Pakistan s journey to the final, Kohli added, Their turnaround has been magnificent. They’ve beaten sides that looked really strong against them.

Kohli asserted that India will continue to play the sort of cricket that has landed them in final, What we are going to try to do is repeat the similar sort of cricket that we have played so far, knowing the strengths and weaknesses they have. I don’t think we need to look too far away from what we are doing as a group. We’ll give ourselves a good chance to go out there and do some good things for the team, concluded Kohli. 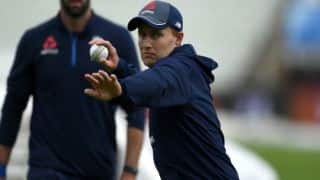 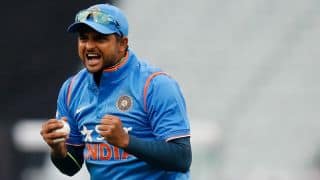