Kohli scored 319 runs in the tourney with a staggering average of 106.33 and four half centuries.

“Congratulations to the Sri Lankan team, especially Mahela Jayawardene and Kumar Sangakkara. Darren Sammy was right, the god was really smiling on them. But they deserved this and played really well,” said Kohli, who was the top scorer of the tournament with 319 runs.

Jayawardene and Sangakkara had said before the tournament that this would be their last game in this format.

“In the last World T20, I tried to do my bit but this time around, I tried to make the most of the good form. Some people say that I can’t score in the first innings! but Malinga bowled very well in the last few overs.The most pleasing thing was that we made it to the finals. Lasith Malinga bowled very well in the last few overs. It was one of the off days. Our boys can be proud of the way we played this tournament,” added Kohli, who was the top scorer in the final with 77 runs.

Kohli scored 319 runs in the tourney with a staggering average of 106.33 and four half centuries. 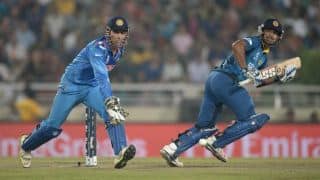 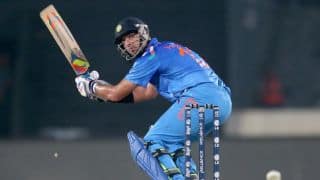