Ace Indian cricketer Virat Kohli has been recommended for the Arjuna award, which recognises outstanding achievements in national sports. 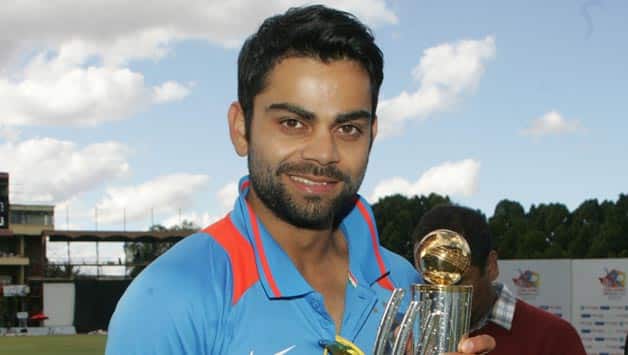 Ace Indian cricketer Virat Kohli has been recommended for the Arjuna Award, which recognises outstanding achievements in national sports.

According to the Times of India, Kohli’s name has cropped up for the honour along with shuttler PV Sindhu, who recently won a historic bronze medal at the world badminton championships. Meanwhile, Shooter Ronjan Sodhi, who is currently ranked No 1 in International Shooting Sport Federation (ISSF) world rankings,
has been recommended for the prestigious Rajiv Gandhi Khel Ratna.

Kohli, 24, recently captained India to a 5-0 whitewash of Zimbabwe in a bilateral series and is touted to take over from as skipper when current incumbent MS Dhoni calls it a day.

As soon as the news broke, the social media was flooded with congratulatory messages for the swashbuckling batsman.

RCBians, let’s hear it for our captain Virat Kohli who’s all set to receive the Arjuna award! Congratulations @imVkohli! We are proud 🙂