Virat Kohli has grabbed the third spot in the Forbes list of top 100 Indian celebrities of the year.

Virat Kohli has grabbed the third spot in the Forbes list of top 100 Indian celebrities of the year. Salman Khan tops the list. The Salman-starrer Tiger Zinda Hai hit the theatres on Friday. Salman s earning in 2017 stands at INR 232.83 crore. Shah Rukh Khan follows him with an earning of INR 170.5 crore.

Kohli s earnings in the year amount to Rs 100.72. However, the top three names are in the same order as they were in 2016. Forbes notes, But although the top three held on to their ranks, their cumulative earnings declined by almost 20 percent, down to INR 504.05 crore compared to last year s total of INR 626.52 crore.

Sachin Tendulkar and MS Dhoni are the only other cricketers in the top 10 list. Tendulkar earned INR 82.5 crore while former Indian captain Dhoni s earnings were INR 63.77 crore.

Virat Kohli s wife Anuskha Sharma too features in the top 100 list. The actor and producer is in the 32nd position in the list with an earning of INR 28.25 crore. 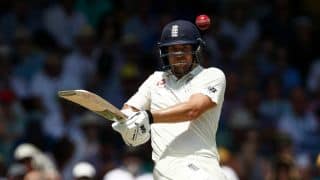