Virat Kohli Showers Top Praise on Kane Williamson, Rates Him as a Stand-Out Player While Remembering ICC U

While Kohli was the star of the 2008 U-19 World Cup, the 2010 edition featured some of the future England superstars like Stokes, Buttler and current skipper Root.

Virat Kohli has picked his New Zealand counterpart Kane Williamson as the standout performer of the 2008 ICC Under-19 World Cup even though the event was dominated by his team and gave the India skipper his first taste of stardom. Kohli’s India beat Williamson and Co. in a close semifinal match of that edition, which also featured Ravindra Jadeja, Trent Boult and Tim Southee.

“I remember playing against Kane (Williamson). He was someone who always stood out in the team, his batting ability was very different from the other players who were around. It is good to know that so many people from that batch, like Kane and Steve Smith, have played for their respective countries,” Kohli was quoted as saying in a media release by the ICC.

“It helped us get a good platform to build on and make our careers from thereon, so it holds a very important place in my mind and heart. It is very important to understand and respect the opportunity it provides to you.”

While Kohli was a star of the 2008 edition, the 2010 edition featured some of the future England superstars like Ben Stokes, Jos Buttler and current skipper Joe Root.

In fact, Root recollected how Stokes had batted India out with a match-winning hundred.

The all-rounder peeled off 100 from 88 balls, including six sixes, to lift England to a total of 246 that they successfully defended and gave them a flawless group stage record in New Zealand. “We didn’t get off to the best start in that India game but Ben played one of the best innings I’d ever seen for a player of that age,” said Root.

“It was on the first world stage you can play on he made a brilliant hundred and we ended up winning the game against the tournament favourites, which was fantastic and great to be a part of. It was a launchpad for me and I played in a squad with guys who are still in the team now, like Ben and James Vince.”

“To play alongside players like that, learn from them and watch them develop, to then go back and play against them in county cricket, meant we were always pushing each other to get better.”

The 19-year-old Priyam Garg will lead Team India at the upcoming ICC U19 Cricket World Cup scheduled to be played in South Africa from January 17 to February 9. Ahead of their departure, Garg had stated that there’s no pressure on him and all that he is thinking is to take the team forward and how to navigate it out of difficult situations if the need arises.

India, which is the most successful team in the tournament’s history, have won the coveted trophy under Mohammad Kaif in 2000, Kohli in 2008, Unmukt Chand in 2012 and Prithvi Shaw in 2018.

India will open their campaign against Sri Lanka at the Mangaung Oval in Bloemfontein on January 19. The men in blue are clubbed alongside New Zealand, Sri Lanka and Japan in Group A.

On January 21 and 24, India will play their remaining two group games against Japan and New Zealand. 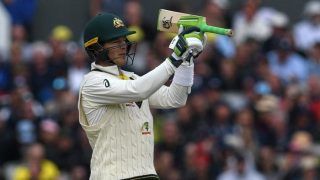 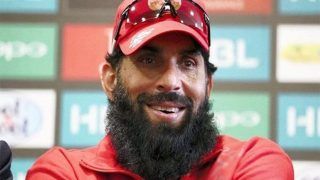