India vs Australia 1st Test: Virat Kohli felt in his absence, Ajinkya Rahane - who would lead the side - would be a player to watch out for and Hanuma Vihari. 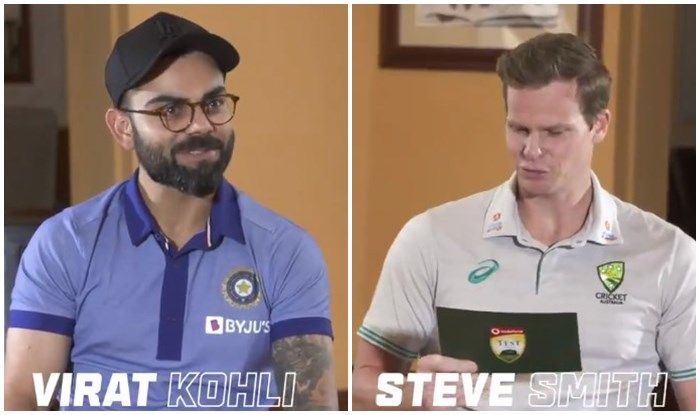 On the eve of the Pink-ball Test between India-Australia, Virat Kohli had a candid chat with Steve Smith. During the interview, Kohli revealed a lot of things from his reaction to the crowds booing Smith and who he feels would score maximum runs in the upcoming four-match Test series.

Kohli felt in his absence, Ajinkya Rahane – who would lead the side – would be a player to watch out for and Hanuma Vihari.

“I am excited to see Jinx (Ajinkya Rahane) go as he would lead the side and is someone who loves the added responsibility. He has done good things in the past and I feel he could come good. Hanuma Vihari is one guy who is solid and hoping good things from him,” Kohli said during the tete-e-tete.

Ahead of the Vodafone Test Series, @stevesmith49 and @imVkohli took the time to interview each other in a special Q&A and go in-depth on their cricketing journey so far.

Smith also asked Kohli to make a bold prediction on who will win the Border-Gavaskar Trophy 2020-21. Kohli was politically correct in his reply, as he said, ”We would love to retain the Border-Gavaskar Trophy. Last time around it was a great series for us. I know you and David Warner did not play, but we still faced a deadly bowling attack. With Australia now having a stronger squad, it will give us a chance to test ourselves even more.”

Meanwhile, BCCI has announced the 11 that will feature in the Test starting tomorrow.

With Kohli set to leave after the first Test, India is bound to miss the services of their captain and a premier batsman.