James Faulkner had missed a simple chance to get Virat Kohli run-out after which Indian vice-captain asked him why was he fast asleep.

Sydney:  The Canberra ODI saw the second part of the now-famous Virat Kohli–James Faulkner banter almost bordering on a sledge, with the Indian superstar trying to upset the Australian all-rounder during another of his superlative innings. During the Melbourne match, when Faulkner tried to instigate Kohli, the Indian batsman’s classic retort was, “I have smashed you enough in my life. Go and bowl.” In Canberra, Kohli started from where he left at MCG, belting the left-armer for 29 runs off 16 deliveries, which included four boundaries. Virat Kohli: Silenced James Faulkner with perfectly timed retort in 3rd India vs Australia ODI

“I think there have been a lot of smart comments over the years and mine turned out to be a perfectly timed one. I didn’t intend to do that, I just said what came to mind, which was actually not far off from the truth. That banter is enjoyable on the field but at the same time you need to focus on your game. That was a fun moment, I guess,” Kohli concluded. 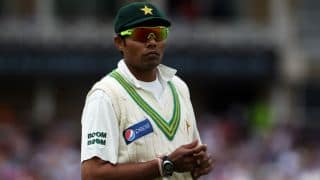 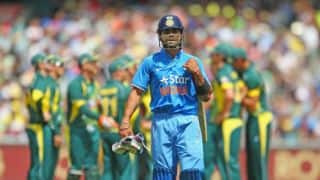