Virat Kohli’s Royal Challengers Bangalore (RCB) have been knocked out of Indian Premier League (IPL) after they finished sixth in the points table. Kohli s next assignment will be for Surrey in the English County Championship, where he will be playing under Rory Burns, a mainstay of Surrey who had crossed the 1,000-run mark every time from 2014 to 2017. He has played 96 First-Class matches scoring 6,548 runs at an average of 48.83 with 12 centuries and 35 fifties.

Kohli has so far played under MS Dhoni (for India), Rahul Dravid, Kevin Pietersen, Anil Kumble and Daniel Vettori. Burns will lead Kohli in 3 list A and 3 First-Class games. Kohli will be missing out on India’s one-off Test against Afghanistan. Ajinkya Rahane will lead India in his absence.

Kohli’s decision to play County cricket comes in wake of India’s upcoming tour of England. India are to play a 5-Test series in England, where Kohli scored 134 runs from 10 innings at a poor average of 13.40 in his only tour, in 2014. 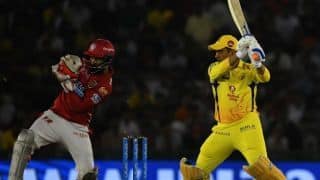 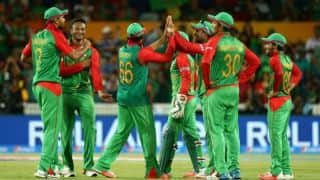