Australian captain George Bailey was at a loss of words to explain his team's "absolutely deflating" defeat against India in the second one-dayer but conceded that India's vice-vaptain Virat Kohli's innings turned the game decisively in the home team's favour. 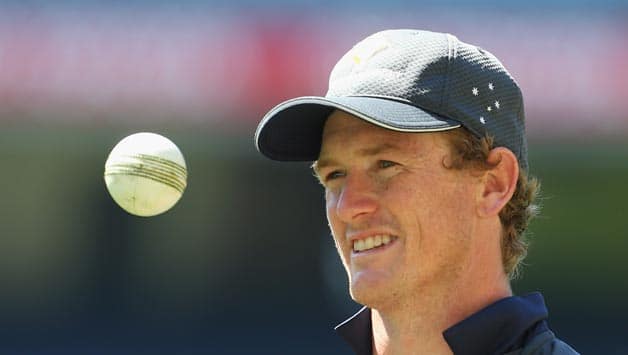 Australian captain George Bailey was at a loss of words to explain his team’s “absolutely deflating” defeat against India in the second one-dayer but conceded that India’s vice-vaptain Virat Kohli’s innings turned the game decisively in the home team’s favour.

Asked when did he feel the match slipping out of Australia’s grip, Bailey said, “The moment Virat came to the crease.”

“He started attacking us from ball one but never took any risks which would have helped us come back into the game. He set the tempo and it was smart cricket from him. Basically all three of them [Kohli, Shikhar Dhawan and Rohit Sharma] batted amazingly but it was Virat who took the game away from us. It was pretty awesome.”

Defending a mammoth 359, Australia lost by nine wickets as India chased down the target in a mere 43.3 overs.

Bailey agreed that India’s transition phase in ODI cricket is now complete as they have a formidable batting line-up for the 50-over format.

“I think so [about transition phase being complete]. They have a formidable batting line-up. Their top seven is a wonderful top seven for ODIs. They batted beautifully today (Wednesday) ,” he said.

There was no doubt that the Aussie skipper didn’t bargain for this kind of a defeat and asked how the visitors would console themselves, Bailey tried to be jovial.

“Probably have a couple of beers! On a serious note, we still have five matches to go. We will go to a new venue and it will be a new venue.”

One could gauge Bailey’s plight when asked if his bowler’s plan to use short ball flopped on the day.

“I don’t think so. The fuller deliveries were going over our head while the short ones were hit to the side boundary,” he explained.

About the positives that emerged from the defeat, Bailey said that his team’s batting in the two matches so far has been something to feel good about.

“The manner in which we batted was great. We also bowled well in one of the matches. I would like to take these positives into the next match.”