For Virat Kohli, India earning a bonus point with win over the West Indies was more satisfying than scoring his 14th One-day century. 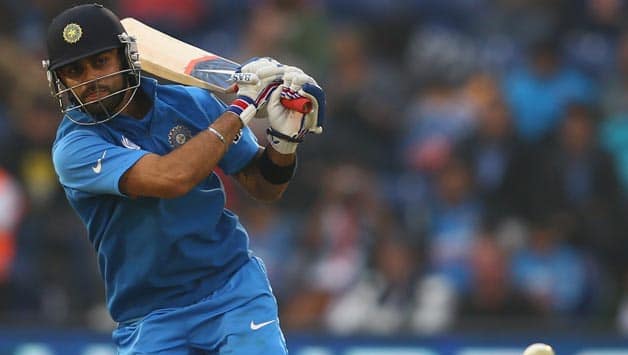 For Virat Kohli, India earning a bonus point with win over the West Indies was more satisfying than scoring his 14th One-day century.

Kohli’s century was crucial in India’s big 102-run win as it helped the side score 311 for seven.

Kohli said the knock was important for him since his inability to convert the good starts into big ones was haunting him but India getting a bonus point was more crucial.

“More than that [century], I am happy we won with a bonus point,” Kohli, who was adjudged Man-of-the-Match, said after India’s resounding win.

“It was my second game as captain and got a century. I was getting good starts, but hitting that one shot straight to the fielder, so I was waiting for this big innings,” he said when asked about his performance while captaining the side.

Kohli said he was in a bit of dilemma while batting.

“We got a good start. It’s a bit of a tricky situation if you go in after a good start. You don’t know whether to play yourself in or keep going at the same run rate. To get a hundred in my second game as captain, I am pretty happy,” he said.

West Indies were favourites to enter the final after two consecutive wins but Indian win has opened the tournament and Kohli said it was natural to happen.

“When you have three good teams competing you can have those turns around.”

India opener Shikhar Dhawan, who scored 69 runs and shared a 123-run stand with Rohit Sharma (46) said batting was not easy on the wicket.

“We really needed opening partnership. Wicket was doing a lot. We respected good balls and punished the bad ones. In the end we got a good total. It was challenging wicket and when you score on such tracks, it is satisfying,” the left-hander said.

West Indies skipper Dwayne Barvo hoped that they will put up a better show when they clash with Sri Lanka in their next match.

“We got to give the credit to the Indian batters. Especially Virat [Kohli]. Chasing 300 is never easy but we could have done a lot better with our chase. We have got to regroup for the match against Sri Lanka. We can’t afford to make the same mistakes again. We accept our defeat today, but we are still in a good position, and I believe that come Sunday we have to give a better account of ourselves,” he said.

Bravo said the rain interruption made their job more difficult as conditions then suited the fast bowlers.

“Batsmen had to start all over. Conditions suited the seamers and India have good seamers. And they bowled really well,” he said.