Ashwin has said that Kohli is one of those Indian captains who want their players to keep raising the bar.

Ace Indian spinner Ravichandran Ashwin has heaped praise on Test captain Virat Kohli, saying that his captain wants every single person in the cricket team to be at their best. Ashwin and Kohli have formed a very successful combination so far since the latter became India’s Test captain, as they scripted a memorable series win in Sri Lanka after 22 long years and then against South Africa, defeating the world No. 1 Test side by a margin of 3-0 in their four-Test series. Ashwin has certainly established himself as the leader of the Indian bowling attack as long as the team is playing in the subcontinental conditions. ALSO READ — Ravichandran Ashwin and Ravindra Jadeja: How good have they been against South Africa, and in their careers?

Ashwin has said that Kohli is one of those Indian captains who want their players to keep raising the bar. He told The Hindu, “The best part of Virat is that he is an excellent cricketer and motivates the entire team. He wants everybody to be a Dale Steyn, be the best batsman, be the best bowler, best fielder and that attitude helps. Predominantly when you see Indian leaders, they want to be on top and as for people under them; they want them to be there. But Virat wants to pull people to his level, that is a phenomenal quality.”

Ashwin has also credited the presence of team director Ravi Shastri and bowling coach Bharat Arun for his revival as a bowler. Ashwin was struggling a few seasons ago and there was a lot of criticism that he had to face. Talking about it, Ashwin said, “I am trying to fight the stereotype. The world runs behind successful people and if I am successful then the world will think I am right. Let us just say X is speaking about me and he is saying ‘he is bowling too many variations.’ In the past, people have gone to that person in order to probably correct that opinion.” ALSO READ — R Ashwin: From just another mystery spinner to India’s premier bowler

He added, “I think it is a bit of a weakness. I embarked on a very different journey. I wanted to accept what was wrong with my bowling, accepting what is wrong can be a big hit on the ego but I am not a very egoistic person. I understood my bowling, my mistakes and came to terms with the fact that I needed to change. When you are ready the master arrives and for me the right person arrived.”

When asked about who this right person was, Ashwin said, “Ravi Shastri [team director] and Bharat Arun [bowling coach]. There is no one right person and they have come and guided me and probably (in the future) there will be another person, who will push me forward.”

Ashwin is the No. 1 ranked all-rounder in Test cricket currently, and he says keeping things simple plays a big part. He said, “The best thing about all this is when I close my eyes in the night I am able to sleep. If you can eat well and sleep well, that’s the best thing. I am quite a simple person. If you take cricket and family out of my life, I don’t think I can do much. The point is if anybody throws a challenge at me I take it heads-on and I like to come out on top.” ALSO READ: Ravichandran Ashwin stays on top of all-rounder list in ICC rankings

Ashwin said that he has learnt a lot from the mistakes made in the past. “It is quite a lot (of difference) in terms of skill, technical attributes, and awareness and of having grown as a cricketer. The learning from the mistakes I did against England, was something I had no idea of, although people said I am bowling a lot of variations and that I am not bowling enough of my stock ball. I think you will hear these clichés for years.” 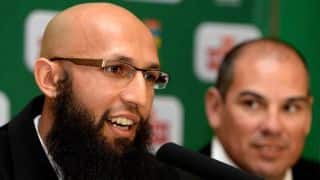 Hashim Amla: Delhi Test vs India worst for me in 2015 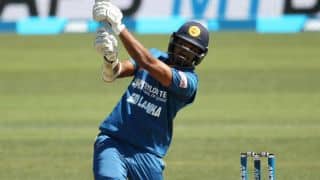