Bishan Singh Bedi's comments came in an event where the Sportstar magazine was relaunched along with Sports Minister Rajyavardhan Singh Rathore and PV Sindhu.

Former Indian spin legend Bishan Singh Bedi has termed India‘s tour of South Africa as a ‘big test’ for Virat Kohli. Kohli-led India are currently on a joint-highest record streak of nine consecutive Test series wins. However, the forthcoming series against South Africa will see them play on foreign soil and against a world-class opposition in almost three years. To top it all, India have never won a Test series in South Africa, which adds to Kohli’s task. In addition, Bedi also praised PV Sindhu for her continued success at the world level, and dared Kohli would be “struggling” to achieve what the Olympic medallist shuttler has attained over the years.

Bedi known for calling a spade a spade stated, “Sindhu has achieved a lot over the years and I dare Kohli would be struggling. She has been competing with the best of the world, but Kohli will now be competition with the best of world in South Africa. The tour of South Africa will be a test for Kohli.”

Bedi’s comments came in an event where the Sportstar magazine was relaunched in a new avatar. Sportstar will now return to magazine form again from tabloid. The magazine was launched by Sports Minister Rajyavardhan Singh Rathore along with Bedi, hockey great Zafar Iqbal, national badminton coach Pullela Gopichand and Sindhu. 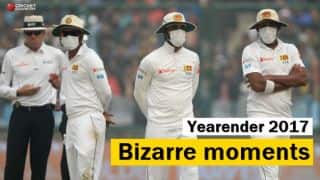 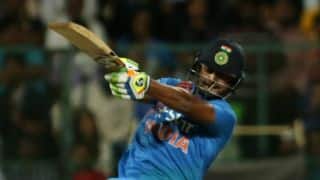