RCB win their opening match of IPL 2015 by 3 wickets against KKR.

Kolkata: Royal Challengers Bangalore (RCB) skipper Virat Kohli said on Saturday that he regarded winning their Indian Premier League (IPL) 2015 opener against Kolkata Knight Riders (KKR)as one of their better wins. RCB struggled initially but edged past the KKR total of 177/6 with three wickets and an over to spare, courtesy a brilliant knock from Chris Gayle who scored 96 from 56 deliveries. RCB clinch thriller against KKR by three wickets in IPL 2015

“That’s probably one of our better wins. We spoke about playing fearless cricket and the boys backed each other. The two bowlers won it in the end,” Kohli said at the post-match presentation ceremony referring to the bowlers Abu Nechim (5) and Harshal Patel (9) who saw their team home. Chris Gayle’s match winning knock against KKR is his mother’s ‘Birthday Gift’

Speaking on the man-of-the-match Gayle, he said,”The way Chris batted, he shows what a world class player he is.”

The skipper added they were a bit nervous at the start of the match, specially the youngsters but he was happy with the way they came back in the game. “The guys in the beginning were probably a bit nervous and the outfield didn’t help them either. But, their comeback in the end was great,” concluded Kohli. Kolkata Knight Riders vs Royal Challengers Bangalore IPL 2015: Highlights 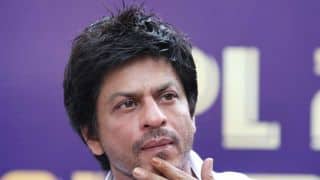