Kingston: Wishing Garfield Sobers on his 80th birthday, India Test skipper Virat Kohli has expressed his desire to meet the legendary West Indies cricketer. “Your [Sobers] performance on the field will always remain iconic and you were the very few who have changed the way the game is being played. Congratulations on a wonderful career and a life. It’s my pleasure to wish you on your 80th birthday,” Kohli said in a video message posted by West Indies Cricket Board (WICB). “I am sure you will keep inspiring people whoever you meet all around the world. It’s been a pleasure watching you and I would surely like to meet you and have a discussion about the game someday. That’s one of my wishes I have in my life. Have a great birthday,” he added. Kohli was joined by head coach Anil Kumble, opener Rohit Sharma and West Indies skipper Jason Holder, who all posted videos on WICB twitter handle as a special gift for Sobers, who turned 80 on Thursday. FULL CRICKET SCORECARD: India vs West Indies 2016, 2nd Test at Kingston

Meanwhile, Australia cricketer Brett Lee, who is currently in India to promote his film UnIndian , terms India Test skipper Virat Kohli as the best cricketer at the moment. I feel Virat is the best cricketer at the moment. Tendulkar is the best batsman and now I feel Kohli is tremendous from his work ethic . his aggression is amazing. People look up to him, Lee told reporter. The former Australian fast bowler also says that he still loves cricket but getting into acting is the second innings of his life. I still love cricket. You will always respect the game enough but this is my second innings, he said, reported IANS. 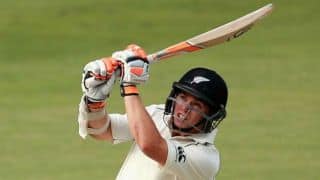