My dream is to play 100 Tests for Pakistan, Ahmed Shehzad said.

Pakistan Test opener Ahmed Shehzad, who recently was annoyed with the comparisons that are drawn between him and Virat Kohli, mainly because of their similar facial features, claimed that he is not impressed with the Indian skipper’s batting and he only focuses on improving his batting by overcoming his shortcomings. “Neither do I follow any other international cricketer nor like to be compared with anyone,” he said while stressing on his game saying since he has been playing with a positive frame of mind and that will definitely help enhance his strike rate. READ– Virat Kohli plays for India and I play for Pakistan, don’t compare us, says Ahmed Shehzad

According to a report from Dawn.com, the 23-year-old said, “When I came from the U-19 I had a lot of flair but as you play more and understand cricket you need to suppress the high-risk game for the betterment of the team.

“Though I want to represent Pakistan in all the three formats of the game, my dream is to play 100 Tests for Pakistan,” said the talented opener while responding to a question.” READ– Matthew Wade: Playing tri-series in Chennai has enhanced my skills

Shehzad, who he could still play a lot of cricket and wanted to earn a special place in the national cricket, suggested that no cricketer can show a improvement in his performance unless he enjoys playing the game. The batsman also lauded T20 skipper Shahid Afridi, saying that Afridi had always treated him as a brother and he had learned a lot from ‘Lala,’ adding that he himself had always tried to help out youngsters in their times of struggle. 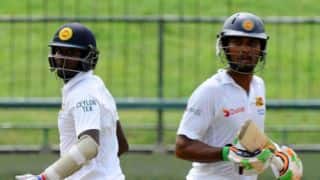 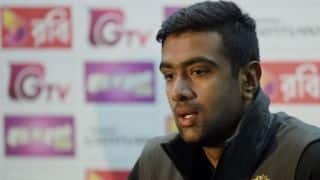