The former first class cricketer is well aware that standard won't be very high but he is taking it up as a challenge.

Virat Kohli‘s childhood coach Rajkumar Sharma has been appointed the head coach of the Malta national cricket team for an ICC qualifying tournament.

Confirming the development to PTI, Sharma said, “There is a three-nation divisional tournament of the ICC from March 29 to 31 in Spain. Malta, Estonia and hosts Spain will take part. As of now, I will be in charge of the team for this tournament.”

The Dronacharya awardee didn’t hide his disappointment about not being handed Delhi Ranji team’s assignment during the 2018-19 season.

“Having served a junior coach and selector for past 18 years, I had expected that DDCA would give me a chance to work with senior Ranji team. But the panel of Virender Sehwag, Aakash Chopra, Rahul Sanghvi and Gautam Gambhir didn’t find me good enough. This is after Delhi Under-23 team won CK Nayudu under my coaching.” (ALSO READ: Gautam Gambhir enters politics by joining BJP)

The former first class cricketer is well aware that standard won’t be very high but he is taking it up as a challenge.

“I didn’t think about money when I said yes. I can make more money coaching in India rather than being Malta national coach. But it is a national team and probably I can discover a few talented players there,” he said.

“I am leaving tonight and we will have a three-day camp before we leave for Spain. I have heard that the skipper is an Indian. I am confident that I will live up to the challenge and get Malta into higher division of ICC,” he added. 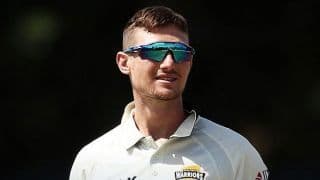