New Delhi: The recently-retired Virender Sehwag today rated his first Test century as the most memorable moment but said he regretted not having scored a 400 despite reaching the triple-century mark twice during his illustrious career. “My most memorable moment was scoring my first Test ton because when I started playing, everyone said that ‘Sehwag is very good in limited overs cricket and his batting style suits ODIs’ but I thought if I had scored heavily in the four-day Ranji Trophy matches, I should get to play in the Tests,” added Sehwag. “So when I got an opportunity, I was very excited. That is why when I scored my first century in Test cricket, it became the most memorable moment,” said Sehwag after being felicitated by the BCCI at the start of the fourth Test match between India and South Africa. Live Cricket Scorecard: India vs South Africa 2015, 4th Test at Delhi

Asked what else he thought he could have achieved, and a candid Sehwag said,” May be I could have scored a 400 and broken Brian Lara’s record. “…I thought I had a chance of scoring 400. Unfortunately I got out after reaching 319 (against South Africa at MA Chidambaram Stadium in Chennai),” he said. The flamboyant opener said he never wanted to change his style of play even in Test cricket. “I used to prepare well before a match. I used to study the bowlers. I used to have a look at their in-swingers and out-swingers and prepare accordingly. So when I would come to the ground, I used to start hitting the bowlers straightaway,” said Sehwag.  ALSO READ: Virender Sehwag: Tendulkar, Ganguly, Dravid, Kumble to be thanked for my success

Sehwag explains,” I never changed that in my game and continued to play like that all throughout my career.” Sehwag revealed that if any of his sons can break his record of 319 at any level, he would gift him his old Ferrari.  “An old Ferrari is a motivation for my sons to break my record. If any of them can do it at any level, I will gift it,” said Sehwag 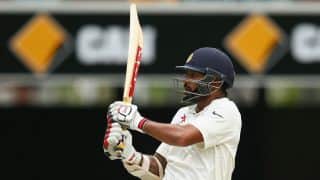 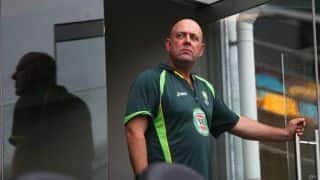