Gary Kirsten says the decision to not retain Sehwag was purely the team-management's.

Former India coach Gary Kirsten who is now coaching the Delhi Daredevils (DD) in Indian Premier League (IPL) 7 speaks about why the franchise decided not to retain former India batsman Virender Sehwag for the upcoming edition of the tournament. According to Kirsten the reason for Sehwag not being retained was because he did not suit the role that Delhi were looking at currently.

When asked by the Indian Express on Delhi not retaining Sehwag, Kirsten replied, “It’s a decision which is not made only by me. It is made by a group of people who are part of our management team. Viru has been a fantastic player; I really enjoyed working with him in the Indian team. He had a lot of success at that time. But the Delhi franchise took the decision to move on. We were looking for a certain type of player and we were looking for players who fitted a certain role. We believe that was the best decision we could make to take the franchise forward in terms of performance. There can be a bit of emotion around. You don’t want to disappoint people, but at the end of the day, you are taking business decisions that you think are best for the franchise, and that’s how we did it.”

On questions of him returning back to the country for a coaching stint, Kirsten said, “No, I’m looking forward to it. I think it’s going to be an interesting experience. I have very fond memories of my three years with the national team and it’s nice to be back. Cricket-wise I’m excited about the IPL because it’ll be a new experience for me. I’m learning a lot from guys within the Delhi set-up who have already been there and understand how it works.”

When queried about the call-up from Delhi to coach the side for IPL 7 and on him missing home in South Africa, Kirsten said, “If you’ve seen any of the media around explaining why I didn’t renew my contract with the Proteas, it was on the back of international cricket which is very different to the IPL. The IPL is a two-month tournament. It’s a completely different space from my family’s perspective. You’re committing for two months for a tournament as opposed to the whole year.”

Kirsten also answered questions about India and dealing with the Indian mindset by saying, “I’m not sure. I haven’t been with this sort of a team within a company, within a franchise, and it would be arrogant to think that I could have all the answers regarding the IPL. I’ve learnt a lot in the past in terms of how it operates.”

On questions of having Eric Simmons and missing Paddy Upton, Kirsten replied, “Paddy’s a quality worker in his sphere. Anyone would miss him. We’ve got five years together and I’ve learnt a lot from him. It’s good to be joining Eric again. I enjoyed having him with us in the Indian team. It’s important to learn new things which is what I’m doing, coming into the IPL. It’s nice that I’ve got a good friend who’s helping me through the process. Otherwise I would be sitting in the dark.”

Kirsten also denied having an edge over opposing teams in IPL 7 thanks to his previous stint with the Indian team by saying, “No. We live in a world now where guys are playing with and against each other all the time. If you want any information on a player you can get it easily. We live in a dynamic environment in professional cricket. So there’s no added advantage here. Absolutely not.”

When asked whether he was following certain Indian players such as MS Dhoni, Virat Kohli, Gautam Gambhir and Rohit Sharma, Kirsten replied, “We’ll try to understand the opposition and prepare accordingly. It’s as simple as that. There’s no hidden secret there. We will do our best to prepare for each game, doesn’t matter who’s in the opposition. Every guy we will plan for and have an understanding for. And that’s it. As far as their batting and captaincy, yes I have been following them from a distance, but it won’t be right for me to make an assessment from this platform. I have very close relationships with all of them.”

On questions of Kevin Pietersen being bought by Delhi, Kirsten said, “Things do change. Yes. KP has been an integral part of Delhi Daredevils for the last few years. He expressed a real interest to return. Once he was available full-time for the franchise and once we heard that, we got excited. We were prepared to invest in Kevin Pietersen because of the success he had with the franchise in the past.”

When asked as to why did Delhi spend INR 9 crores on Pietersen, Kirsten said, “It’s fairly visible what he brings to the table. He’s a world-class player and a proven match-winner at the highest level.

Kirsten also denied commenting on whether England were right in axing Pietersen by saying, “I don’t know the answer to that, to be honest. I haven’t worked with him enough to know.”

“I don’t like the word coaching. It’s more about managing teams or managing environments and be more of a manager of people rather than a coach. And it’s about the whole team and not an individual. We will do what it takes to prepare these guys and the team as well,” added Kirsten on his plan of helping Pietersen and the whole Delhi team blossom in the IPL.

On questions of his basic approach to coaching, Kirsten concluded by saying, “My basic philosophy on leadership and creating the proper environment remains unchanged. But they’re different games, so obviously we have a different way of thinking within the team based on the type of game which you’re playing. The IPL is new to me. So I will lean a lot on Eric and the other guys just to understand what type of strategy we’ve used in the past. What has been good and what hasn’t been good. And we will certainly do a lot of work on that and will try to move it forward. But it is different coaching [in the IPL] in many ways.” 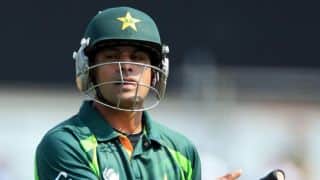