Ahead of Virender Sehwag s 100th Test match at Mumbai s Wankhede Stadium against England starting Friday, the dashing India opener got some words of praise from none other than Sachin Tendulkar. 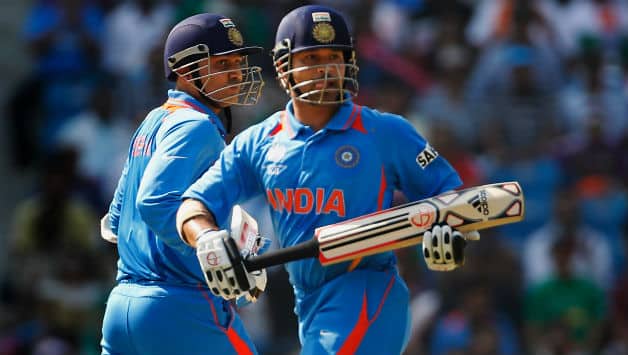 “When I am batting with Viru, I like to be at the non-striker s end,” said Sachin Tendulkar Getty Images

Ahead of Virender Sehwag s 100th Test match at Mumbai s Wankhede Stadium against England starting Friday, the dashing India opener got some words of praise from none other than Sachin Tendulkar. The little master, who has opened many an innings with the Nawab of Najafgarh since the former s debut in 2001, said that batting with Sehwag “eases pressure on you”.

“The first time I got to meet Viru properly was during the tour of South Africa (2001) and that is when I actually saw him bat,” Tendulkar told The Indian Express.

“I had heard from a lot of players about a certain Virender Sehwag, who they said was an interesting player. Over the years, I have really enjoyed batting with him because he is a different player, one who has a free bat swing, has an attacking instinct and is always looking to rotate the strike.”

Tendulkar said that he liked to be at the non-striker s end while batting with Sehwag in the middle.

“There is no doubt that when you bat with him, he eases the pressure on you. When I am batting with Viru, I like to be at the non-striker s end. Even if you ask Rahul (Dravid), he will tell you the same thing. When he is batting he sings a lot, which is something I don t do. But if we have a good partnership, he does crack jokes,” he said.

Talking of Sehwag s first Test match in 2001 against South Africa at Bloemfontein, Tendulkar said, “I asked Viru if he was tense. He said, ‘yes, I m a little bit . I told him not to worry and ‘just enjoy your game because this moment won t come again in your life .” Sehwag went on to score 105 on debut after coming in at No 5, against a bowling attack comprising Shaun Pollock, Makhaya Ntini and Nantie Hayward.

Speaking of the similarity in their batting styles, Tendulkar said: “I have been told many times that there is a similarity between us. Viru used to wear the same Moran pads and a similar helmet and from what I have heard he had modeled his batting according to my style. He has produced many brilliant knocks and the one that stands out for me is his century (151 off 236 balls) at Adelaide in the second innings. That knock stood out because he played with a lot of patience.”

Tendulkar also praised Sehwag s contribution to Indian cricket and a change he brought about at the top of the order following his switch from the middle order.

“Viru s game has allowed the Indian team to attack from the beginning. I believe his promotion from the middle-order to an opener has worked wonders for him. There are many more fielders in catching position at the start of an innings and in such a situation, Viru has produced brilliant shots and many a times I have seen opposition teams set defensive fields for him at the start, which is a rarity.

When asked about his favourite innings with Viru, Tendulkar went for the famous Multan triple hundred.

“There are various moments of batting with him that I will cherish and one which stands out will be his first triple hundred in Multan.

Once he reached his double hundred and there was a phase when I felt that Viru was relaxing a little bit and had lost his concentration. I went and told him, ‘Something big can happen if you cross this stage, so don t lose your concentration now. He didn t and scored the first triple hundred by an Indian.” 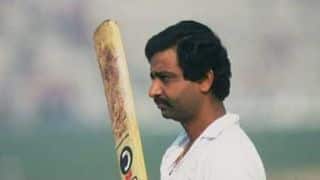