Former India captain Sourav Ganguly has said that Virender Sehwag is the best opening batsman after Sunil Gavaskar and it would not be wise to write him off. 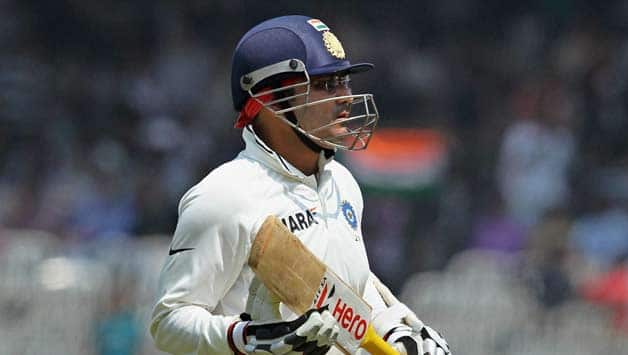 Former India captain Sourav Ganguly has said that Virender Sehwag is the best opening batsman after Sunil Gavaskar and it would not be wise to write him off.

Speaking to NDTV, Ganguly said that Sehwag’s records speak about his ability. The former India captain said that Sehwag and Gautam Gambhir failed hence Shikhar Dhawan and Murali Vijay got into the Test side. He also told not to write off Zaheer Khan, Yuvraj Singh and Harbhajan Singh.

“Yuvraj Singh has been India’s great ODI player, Virender Sehwag is probably the best opening batsman I have seen after Sunil Gavaskar, his records speak about his ability,” said Ganguly.

“Sehwag is 32-33, you can’t write them off. Will they make a comeback, only time will tell because it depends on how they play and how many runs they get.”

Talking of Sachin Tendulkar’s retirement, Ganguly said, “It’s his decision. He has done a lot for world cricket and let him decide the time as he deserves it.”

On the topic whether Tendulkar should get Bharat Ratna, Ganguly said: “I hope Sachin gets the Bharat Ratna. He is India’s Bharat Ratna!”

On Tendulkar becoming a Rajya Sabha member, Upper House of Indian Parliament, Ganguly said: “I asked Sachin what is he doing in Rajya Sabha? Obviously he was nominated by the President of India, I hope he does well in whatever he does as I have a tremendous respect for him, for what he has achieved for Indian cricket.

“I have seen him closely when he was at his best, I have got terrific admiration for him. For whatever he does, he does it well and he makes his family and his country proud.”