PV Sindhu won a silver medal for India, in badminton, at the age of 21 whereas Sakshi Malik won bronze in wrestling.

India‘s former player and swashbuckling opener, Virender Sehwag, has been very active in Twitter since he joined the social media platform. He has been coming up with a few suggestions and showing full support to the Indian contingent participating in the ongoing Rio Olympics 2016. After the whole country congratulated India’s two medalists, till now from the Olympics, he came up with a suggestion to Honourable Prime Minister, Narendra Modi, and Finance Minsiter, Arun Jaitley, that tax should be waived off from the prize money earned by athletics winning medals as they bring laurels and respect to the nation. He also asked for comments from people on this. ALSO READ: Sindhu wins Silver in Rio Olympics 2016: Tendulkar, Sehwag, others congratulate her

.@narendramodi ji , ,@arunjaitley ji Please consider this. Our Olympians who have brought us glory deserve this. https://t.co/TZgOL1HXUd

Till now, India have only two medals in their kitty but both of them have been won by women, which is the most heartening aspect. PV Sindhu won a silver medal for India, in badminton, at the age of 21 whereas Sakshi Malik won bronze in wrestling.

Sindhu was amazing in the final but crumbled under the relentless pressure created by winner Carolina Marin to lose 21-19, 12-21, 15-21 in a pulsating final that lasted for an hour and 23 minutes at the Riocentre but became the first Indian women, in a singles-competition, to win a silver medal for the nation. Sindhu thus became the fourth Indian to win a silver at the Olympics after shooters Rajyavardhan Singh Rathore (2004, Athens) and Vijay Kumar (2012, London) and wrestler Sushil Kumar (2012, London). ALSO READ: Sakshi Malik shines at Rio: Sehwag throws spotlight on girl child

Sakshi, on the other hand, created history when she became the first-ever female wrestler from India to win an Olympic medal, as she bagged the bronze on the 12th day of the ongoing Rio Olympics 2016. Sakshi emerged winner of the bronze medal in the 58kg category wrestling bout against Aisuluu Tynybekova of Kyrgyzstan, registering a memorable win in the dying moments of her contest. She was also the first Indian athlete to win a medal at the Rio Olympics 2016, and her achievement was celebrated by billions of Indians including cricketers. 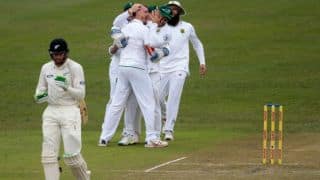 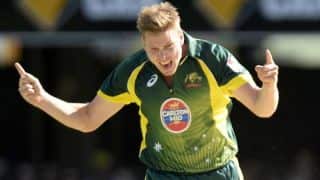