England would have been happier with five or six wickets by stumps on the opening day of the first cricket Test, according to off-spinner Graeme Swann, who said destructive opener Virender Sehwag took the game away with his blistering run-a-ball 117 on Thursday. 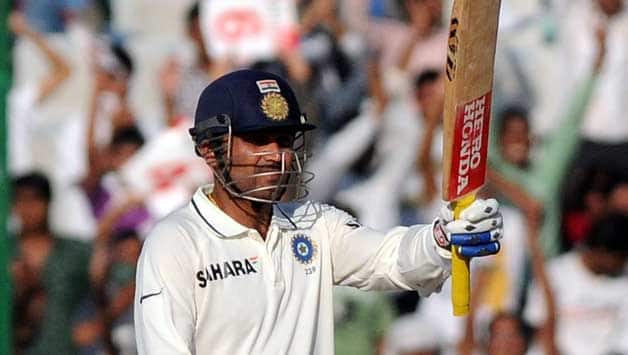 England would have been happier with five or six wickets by stumps on the opening day of the first cricket Test, according to off-spinner Graeme Swann, who said destructive opener Virender Sehwag took the game away with his blistering run-a-ball 117 on Thursday.

“They are in a very strong position. The first session they undoubtedly won. Arguably the other two were even. Having lost the toss and bowled first on that pitch we’d have liked five or six wickets but we’ll take four,” said Swann, who was the standout performer for the visitors with his 4-85 haul.

“If we had five or six it would have been an exceptional day for us and would have knocked 60 runs off the total,” he added.

Swann credited Sehwag for taking the game away with his first Test century in two years.

“You have to hand it to Viru the way he played at the start. The way Viru batted he really took the game away from us in the first couple of hours so it was very important to pull it back. We know he can be destructive, he’s done it against us before,” Swann said.

“I’ve been reading in the paper that he hasn’t got a century for a couple of years and he’s been questioned by the local press … Good on him for banishing those doubters,” the 33-year-old added.

Swann had started the day one wicket behind Jim Laker (193 wickets) and became England’s highest wicket taking off-spinner when he scalped Sehwag’s wicket.

“It is a proud moment. I always say I’m not a stats man but when people told me I was near Jim Laker I was genuinely excited. When you’re growing up these are the famous names of the game, you don’t even dream of emulating them, let alone going past them,” he said.

Swann, who grabbed the wickets of Sehwag, Gautam Gambhir, Sachin Tendulkar and Virat Kohli, said the key on the slow Sardar Patel Stadium wicket was to bowl straight which his team did not do in the opening session.

“At lunch time we sat down and came up with a new game plan. I don’t think we bowled straight enough in the first session. On a pitch that is low and slow you have to attack the stumps a bit more. I think we did that as the game went on and that’s why we got a couple of wicket and pulled the run-rate back,” he said.

Swann said there was not much turn on the pitch and credited luck for getting some extra turn to beat the defensive bat of Virat Kohli and bowl the Indian batsman through the gate.

“I was fortunate that the ball was changed after the quarter seam exploded on the soft ball. The replacement was a touch harder. No ball spun for three or four overs and then one just hit a pebble and turned square.

“If you look at the footage going through the day, very few balls have turned. Towards the end there was a bit of turn, but I don’t think that necessarily makes a bad Test wicket. It’s very, very flat for the seamers. You could argue that it’s a good Test pitch. I will say that because I’ve got four wickets,” he added.

Though he got senior batsman Tendulkar’s wicket, caught in the deep, Swann said the senior Indian batsman was still the greatest player in the active players’ list.

“Before he even comes out to the middle you know who it is from the crowd’s noise. It’s always nice to get him out, and get him out early. Let’s face it, he’s the greatest player still playing the game,” he said.

Swann said the Indian slow bowlers can pose some problems to his team’s batsmen but the pitch was still good for batting.

“The Indian spinners were probably watching with eagle eyes today and looking forward to bowling on that pitch. It’s still a very good pitch for batting on. It’s only the odd ball that turned. That can pose problems sometimes. I think our batsmen will look at the footage and realise that it’s still a good pitch,” he said.