Virender Sehwag has slammed two triple hundreds in Test cricket and a double ton in one-day internationals but his most favourite innings happens to be the exceptionally played 293 runs scored against Sri Lanka in the Mumbai Test in 2009. India had a 1-0 lead coming into the third and final Test at the Brabourne Test. They had to win here to go on top of the ICC Test rankings. Batting first, Sri Lanka had put up a total of 393. India needed to respond strongly and Sehwag once again led the charge. He hammered 284 in one day, handing India the lead by the end of  Day 2. There was a lot of anticipation on the third day – he was seven short of his third triple hundred when he lobbed a simple return catch to Muttiah Muralitharan. ALSO READ: Virender Sehwag criticises influential team selection by state associations

Far from being sad over missing out on a wonderful fear, Sehwag rated that as his favourite innings, higher than the 309 in Multan vs Pakistan and 319 in Chennai South Africa. “The 293 against Sri Lanka in Mumbai is my most satisfying innings because we won that match and became the top-ranked Test team. The Chennai Test was drawn and the Multan Test was the first of that series,” Sehwag, who recently retired from international cricket, told ESPNcricinfo “We won another match and the series but 293 was the most satisfying. I took signatures of all the players on the shirt I had worn in that innings.” ALSO READ: Virender Sehwag reveals to have changed his game to bat like Sachin Tendulkar

However, Sehwag does have one regret – he had at least two opportunities to become only the second batsman after Brian Lara to score 400 but both washed away. But Sehwag is happy enough with what he has achieved. “There were two opportunities. When I scored 319, there were two days to go, and three days were left when I scored 293. I regret it as I had an opportunity but missed it. I am happy that I am the only one to have three scores in excess of 290.” 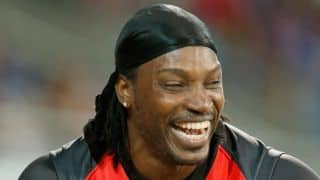 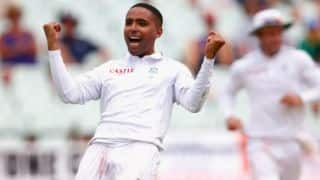