The India and West Indies cricket teams arrived for the second one-dayer to be held on December 2 at the ACA-VDCA cricket stadium. 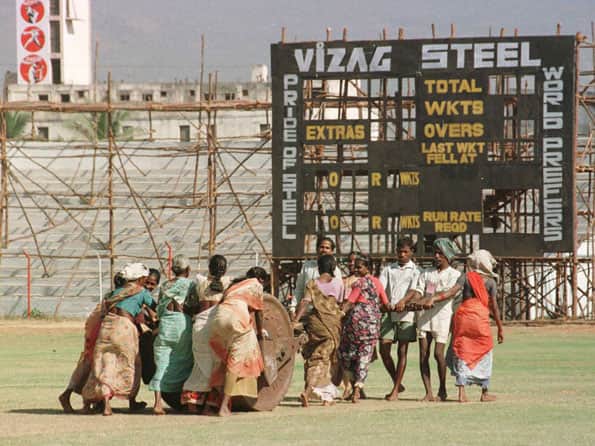 The India and West Indies cricket teams arrived for the second one-dayer to be held on December 2 at the ACA-VDCA cricket stadium.

The teams reached here by a chartered flight from Cuttack, where India won the first ODI by one wicket against the visitors to take 1-0 lead in the five-match series.

The players of both the teams remained confined to their hotel rooms after their arrival.

Both India and West Indies are scheduled to practice at the venue on Thursday.

All the arrangements have been completed for the smooth conduct of the match, the organisers said, adding that the pitch promises to produce a lot of runs.

The Visakhapatnam police have also made elaborate security arrangements for the match and all steps have been taken to ensure smooth flow of traffic before and after the match on the national highway and all the roads from the city leading to the stadium.

The Andhra Pradesh Road Transport Corporation (APSRTC), meanwhile, will run more than 50 special buses from Kothavalasa, Pendurthi, Sabbavaram, Lankelapalem, Kurmannapalem, Gajuwaka, Bheemunipatnam, Anandapuram, S Kota , and Vizianagaram and from other areas to the stadium on the day of the match.

All the tickets of lower denomination were sold out in less than one hour after the sale commenced at various counters across the city on Tuesday.(PTI)

Madhya Pradesh look for an outright win over Gujarat