Mohammad Aamer has been in the news since his comeback to the national side after his suspension and Wahab Riaz has said that the entire team is backing Aamer to do well and find a permanent spot in the 'Pakistan family'.

Prior to Pakistan‘s tour to England, team’s experienced bowler Wahaz Riaz has said Mohammad Aamer is like a son to most of the senior players of the team. Aamer has been in the news since his comeback to the national side after his suspension and Riaz has said that the entire team is backing Aamer to do well and find a permanent spot in the ‘Pakistan family’. Aamer looked promising in the recently concluded Asia Cup 2016 and ICC World T20 2016 and will next play for the national team in the Test series in England. READ: Intikhab Alam: Mohammad Aamer cannot afford to put wrong foot during England tour

Talking to espncricinfo.com, Riaz said, “Obviously he (Aamer) has struggled a lot. He has learned a lot of things in the past five years, he has become more strong and he wants to answer everyone with his performances, and that’s what he’s really looking for.”

“As a team, as a squad of 17 plus our team management, all of us are going to support Mohammad Aamer. We are all behind him, we are all supporting him, whenever he needs us, however he needs us, we will be around him all the time. So he is not the one who is being left alone, he is a part of our family. He is the youngest part of our family, so he is like a kid to us, he’s like a brother to us, a son to most of our senior players. We are always here for him, we are going to support him, and we will push him up because we know what kind of capability he has in his bowling and how he can perform,” he added.

Wahab concluded talking about how the team is going to act during the series. “What is in our hands is to go into the ground and have a smile on our faces. We know what our goal is and we know how to achieve our goal, so we have to do that. We have to enjoy our cricket, we have to laugh all the time, if anyone says anything, a smile can do everything for them,” he said. 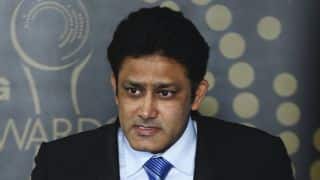