Umar Amin last played a Test match for Pakistan in 2010 against England.

Walsall cricket club may well have made the most important signing in their entire cricket history as they have now acquired the services of Pakistani international Umar Amin.

Southpaw Amin is also a handy medium-pace bowler and has represented Pakistan 27 times and may well go on to become one of the most high-profiled players in the Birmingham League s cricketing history reported the Walsalladvertiser.

Walsall, who won the league two years ago have particularly invested in Amin after they lost the title last season to Shrewsbury and are excited about the Pakistani playing for them, as they hope that the player can make their club a tad richer with a steady increase of fans trickling through the club gates.

It was a fantastic opportunity for us to get a Test player into the club and we jumped at it, it s really exciting. He s got decent stats at international level and he has a lot of experience for a relative youngster. We re hoping he will do a really good job for us. I don t want to put a lot of pressure on him before he even arrives but we are hoping for big things from him, said Walsall skipper David Powles on Amin.

We ve had some really good overseas players like [South African] Christiaan Jonker and [New Zealander] Brad Wilson but to get a Test and One-Day International [ODI] player in is something else. But, as excited as we are by the signing, he s still got to come here and perform because this is a tough league to play in.Another thing we see as a positive in the signing is that he can help the club grow off the pitch too because of his experience and the knowledge he can pass on. We re hoping it will bring in more players as well as spectators and people on a social level to enjoy the great facilities and atmosphere here. It s a really good club to play cricket for, added Powles.

Amin, who last played a Test for Pakistan in 2010 [against England] has been a regular in the One-Day International and Twenty 20 squad s with 14 and 9 caps to his credit in those formats.

His previous stint in English county cricket was a successful one as he smashed 569 runs and took 50 wickets for Northern Premier league side Morecambe in order to push his claim for a place in Pakistan s Test side.

Powles hopes that the marquee signings may help Walsall retain the league title which they have won four times in 2006, 2007,2008 and 2012 respectively.

We re looking to get our title back off Shrewsbury and make it a lasting one, try to keep it at Gorway for a couple of seasons at least. Where we finished last season [seventh] was not a fair reflection of our season, said Powles.

Going into the Bank Holiday weekend, we were second and still within an outside chance of the title, but we ended up finishing lower mid-table which was very disappointing, concluded Powles. 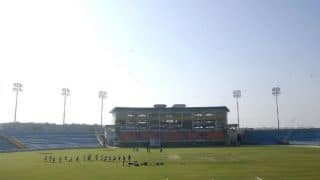 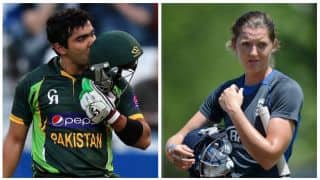