Deepak Chahar is keen on establishing himself as an allrounder that, he feels, will help in cementing a place in India's ODI setup.

Deepak Chahar is keen on establishing himself as an allrounder that, he feels, will help in cementing a place in India‘s ODI setup.

The 26-year-old Rajasthan bowler made his India debut in July this year in a T20I against England and then played his first ODI at the Asia Cup 2018, against Afghanistan. He wasn’t part of the original India squad for the Asia Cup but an injury to allrounder Hardik Pandya opened up a slot and he was put on a plane to the UAE.

Chahar first made waves when on Ranji Trophy debut for Rajasthan, he picked up figures of 8/10 as Hyderabad were shot out for 21 in the 2010-11 season.

“I can bat too,” Chahar was quoted as saying by IANS on Wednesday. “I was drafted in as a replacement for Hardik Pandya in the Asia Cup.”

“So I want to prove myself as a batsman also. I want to be the allrounder in the side who can bowl with the new ball. I want to train myself in such a manner that if selectors want a new ball bowler, they pick me, and also if they want an allrounder they pick me,”

Primarily a bowler, Chahar is working on his batting so as to raise his chances of getting selected in the Indian team. “I just want to improve my batting too so that the team management has more reasons to pick me. It is very difficult to break into this Indian limited overs side now. So I always have to look for opportunities to better my all round ability,” he said.

However, Chahar hasn’t had the dream start to his international career. In the England T20I, he returned figures of 1/43 from four overs. Against Afghanistan, he was, again, costly with figures of 1/37 in four overs.

Chahar is hopeful selectors will give him another chance to prove himself but knows how much difficult is it to break into the India squad.

“The start was not good. But I will hope to get another chance,” Chahar said. “This is a terrific Indian side. You are always expected to behave like the No.1 side in the dressing room. Look at the options the team has and the depth in squad. It won’t be easy for me to be a regular.” 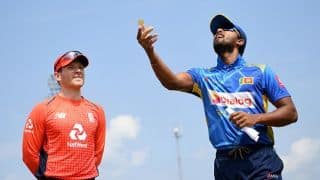