Samarawickrama has urged for patience from the fans as Sri Lanka attempt to regroup and get back to winning ways.

Following Sri Lanka‘s back-to-back losses in the ongoing series against England, batsman Sadeera Samarawickrama has urged for patience from the fans as the side attempts to regroup together and get back to winning ways. Sri Lanka’s one-day form has been pretty shoddy of late, with one of their bigger disasters coming during the Asia Cup, where after two straight losses at the hands of Bangladesh and Afghanistan, the five-time champions were shown the exit gate.

Against England, after a washout in the first game, Sri Lanka lost the second and third ODIs giving England a 2-0 lead in the series. An alarming fact is that in the last 42 ODIs, Sri Lanka have lost 32 which has led to fans running low on patience. Add to that the off-field controversies surrounding the board and the selectors, and Sri Lanka’s credibility as a strong force in ODIs has taken a severe hit.

“I know the spectators must be very disappointed about the way we have played,” Samarawickrama said ahead of the fourth ODI. “But we also want to turn it around. We want to see the fans happy. We want to go from a losing mentality to a winning one.”

Unlike other teams who already are planning ahead for the World Cup starting in England next year, Samarawickrama points out that Sri Lanka aren’t looking that far ahead just yet.

“If we think too much about the World Cup right now, we’ll be under even more pressure when we get to the next match,” he said. “So what we have to do is to take it series by series and match by match as a team. We’ve still got three series before the World Cup.”

Replacing Kusal Perera in the side, Samarawickrama, got to open the innings in the third ODI at Kandy where he scored 35 with four boundaries before becoming one of legspinner Adil Rashid’s four wickets in the match. But despite his 34-ball stay, the 23-year-old is content opening the innings for Sri Lanka for he has scored most of his runs in domestic cricket from the position.

“I really like to open the innings. When they told me I’d be opening, I got a lot of confidence,” Samarawickrama said. “It’s not that I don’t like batting in the middle order, but that I like to play at the top. I was able to handle the pressure because in the recent past it’s while I’ve been opening that I’ve scored a lot of runs. I took that confidence forward. I didn’t put it in my head that I was playing England or think too seriously about it. I just did the basics.” 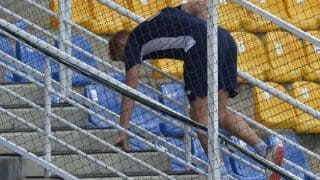 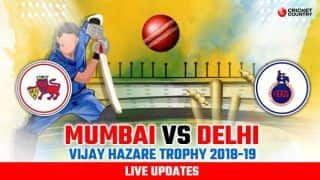