Pakistan's chief coach Waqar Younis has declined to comment on his reported dispute with former captain Shahid Afridi which has now snowballed into a major and embarrassing controversy. 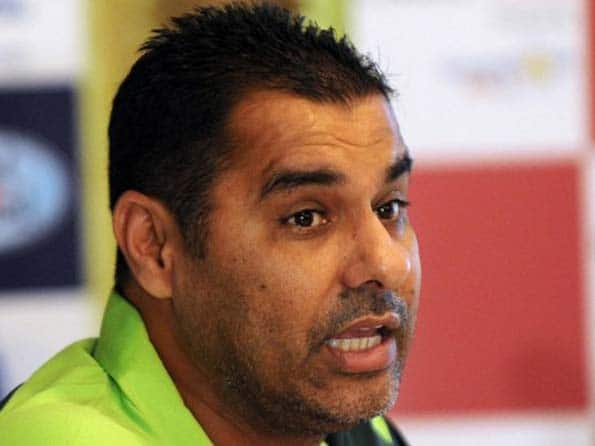 Pakistan’s chief coach Waqar Younis has declined to comment on his reported dispute with former captain Shahid Afridi which has now snowballed into a major and embarrassing controversy.

Waqar returned with the Pakistan team from Ireland early Thursday morning but made it clear he would not comment on the sensitive issue until he had spoken to the Chairman of the board, Ijaz Butt.

“I really don’t want to say anything right now because whatever he (Afridi) has said about me I have only seen in the media. I will meet with the board Chairman and then see what the real issue is,” the former Test captain said.

On Afridi’s decision to retire from all international cricket, Waqar said he was very disappointed to hear about and didn’t know why the all-rounder had taken such a decision.

“It is his personal decision but a sad one. But the board appoints the captain, it is their job and prerogative not mine,” he stated.

The former fast bowler also said as far as he was concerned he had no grudge against Afridi and had enjoyed working with him since last year.

The Pakistan team returned home in two batches from Ireland to Karachi and Lahore with the PCB specially instructing Waqar to return with the team instead of going to Australia.

Waqar who is now settled in Sydney, Australia was scheduled to go home as his wife is not keeping well but the board told him to first come to Pakistan.

Sources in the board said that the Chairman Ijaz Butt was likely to meet with Waqar, manager Intikhab Alam and captain, Misbah-ul-Haq later tonight or tomorrow to discuss what transpired during the tour of West Indies and Ireland due to complaints by Afridi that the manager and coach were interfering in his work.

Both the captain and coach expressed satisfaction over the team’s performance on the twin-tour especially that of youngsters but admitted that they had squandered a good chance to beat West Indies in a Test series for the first time in their own backyard.

Misbah on return also dismissed reports and rumours that he had told the board he no longer wanted to lead the team in Tests and ODIs.

“This is the first time I have heard about this. This is rubbish. I am willing to accept any responsibility given to me by the board,” he added.

Looking forward to the biggest match of my life: Nurse

Butt has government support to act against Afridi