"Look back at the Champions Trophy and the team is building in confidence."

It has been exactly a year since Pakistan had defeated India by a huge margin of 180 runs in the ICC Champions Trophy final held at The Oval in England. Pakistan also tasted success in the Lord’s Test against England earlier this summer. Waqar Younis, who featured in three World Cups for Pakistan (he led in 2003), announced on the ICC website that the Sarfraz Ahmed-led side are conversant with English conditions.

“Look back at the Champions Trophy and the team is building in confidence. The faith is coming. I will give fair chance to this Pakistan team for winning the World Cup,” Waqar added. He however, felt the huge number of Pakistanis settled in England will help the Pakistani team to play hard in the 2019 ICC Cricket World Cup, set to to begin from May 30 in England and Wales.

“Pressure is going to be there. Expectation comes from the entire country and there’s so many Pakistanis living in this country, so they’re going to travel around and there’ll be a lot of support for Pakistan,” he said. “So there will be pressure, because supporters bring pressure with it, but they will enjoy it, hopefully, and do well,” Waqar added.

Pakistan will lock horns with West Indies at Trent Bridge on May 31 for their first match in the World Cup. 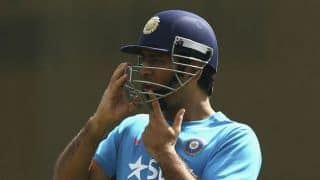