Waqar Younis has called on the PCB not to be too overjoyed with Pakistan's maiden ICC Champions Trophy 2017 victory.

Lahore: Former Pakistan head coach Waqar Younis has called on the Pakistan Cricket Board ( PCB) not to be too overjoyed with their maiden ICC Champions Trophy victory as a lot of hard work still needs to be done in order to maintain that success. The legendary fast bowler, who was speaking as a guest at the Sports Journalists Association of Lahore (SJAL), admitted that the young players made a great impact in the prestigious 50-over tournament, adding that they need to keep themselves fit in order to perform well for a longer duration. “We should not be overjoyed about the victory in the ICC Champions Trophy. Yes it was a good work done but there is a lot of work to do to maintain that success. The youngsters made an impact in the Champions Trophy and we have to keep them fit and take good care for them to keep performing over a longer time,” the Dawn quoted Waqar as saying. Waqar Younis: Umar Akmal s fitness, inconsistency has affected his career

Insisting that fitness is the key to success, Waqar also informed that incumbent head coach Mickey Arthur is also focussing on the idea of physical strength and, therefore, the entire team should persist with the same. “Mickey Arthur is also emphasising physical fitness. I think a fit team is a key to success and we should persist with this. We should also arrange tours of the Pakistan ‘A’ team and the trainers must ensure that their hard work should have a trickle-down effect at the domestic level to provide us with well groomed, skillful players for the national team,” he added. Multan Sultans fail to unite Wasim Akram and Waqar Younis

Waqar further believes that good omen is coming to Pakistan with the revival of international cricket in the country. The World XI squad will tour Pakistan for the three-match T20 series in September this year. Also, Sri Lanka and West Indies are more or less confirmed to visit the country for bilateral series. “The absence of any international cricket in Pakistan has severely hit our cricket over the years, but hopefully with the passage of time, other countries like England, Australia and South Africa would also come to Pakistan,” Waqar said.

It should be noted that no Test side has toured Pakistan since March 2009 militants attack on the Sri Lankan cricket team bus in Lahore, killing six Pakistani policemen and injuring some of the visiting players. However, low-ranked sides, namely Afghanistan and Zimbabwe, had toured the country for a limited-over series. 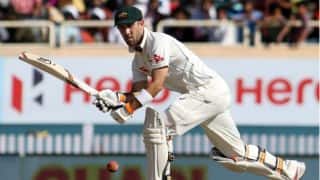 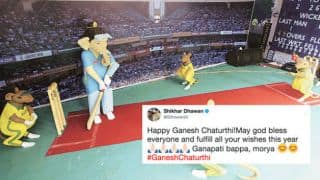