Australian spin legend Shane Warne says Darren Lehmann is a standout candidate for Australia coaching job and for the post of chairman of selectors. 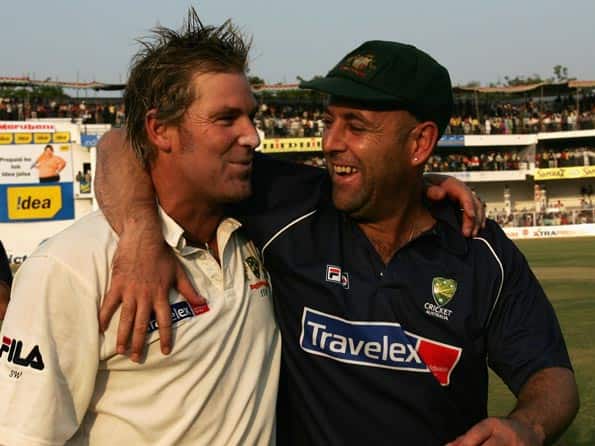 Australian spin legend Shane Warne says Darren Lehmann is a standout candidate for Australia coaching job and for the post of chairman of selectors.

“‘I think Darren Lehmann is absolutely outstanding – as a coach or in some senior role involved in the team or as a selector. He understands the new age people; he’s got a great cricket brain. I would be approaching Darren Lehmann because I think he’s super,” he said.

Lehmann, who is currently associated with Queensland and Big Bash franchise Brisbane Heat as a coach at domestic level, has not applied for any of the post.

”I think he’s got a really good understanding of the young guys, he’s got a great understanding of old school and what’s required to perform. [There’s] old school ’70s and ’80s – sit down and don’t say a word and let the experienced people talk – to the new way where you play one game you think you’ve played a hundred and you’re part of the furniture,” he said.

“Somewhere in the middle is about the right way,” Warne added.

The former cricketer said it is important to have people who ”have that old-school toughness about them” involved in rebuilding Australian cricket.

“That hard work – get in the nets and train hard for two hours, forget the ice baths, physios, calories, stretching,” he said.

“All those sort of things which are important in modern-day sport and you should have them, they have a place. I just think you need someone with old-school thoughts – a bit of hard work – a bit of the new stuff and mix and match,” Warne was quoted by Sydney Morning Herald.

“It doesn’t matter how many computers you want to look at, pie charts or all those rubbish things, you have to physically do it. Whoever they appoint, hopefully it’s someone like a Darren Lehman if it’s not a Darren Lehmann,” he added.

Warne stated that if any of Geoff Lawson, Dean Jones, Tom Moody or Trevor Hohns succeed Andrew Hilditch as chairman of selectors, they would do a great job.

“I’m sure if any of those guys get involved then we’re going to be on the right track. They’re good cricket people, they’ve got good experience, and they re all good names. That’s great that all the good people are getting back and offering something to Australian cricket,” he added.