Australian spin legend Shane Warne credited his girlfriend Elizabeth Hurley for his new slimmer and muscle-bound look and said he is feeling better after losing 22 pounds. 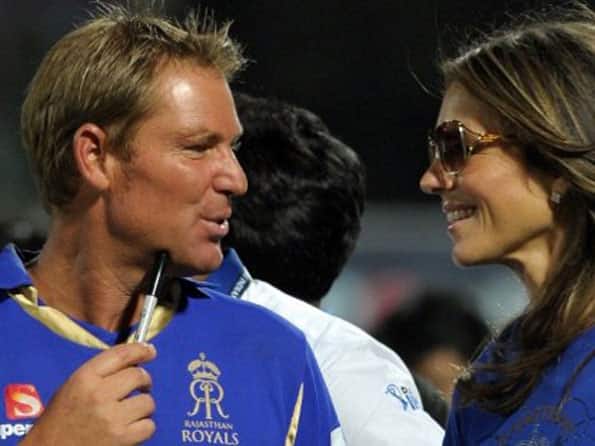 Australian spin legend Shane Warne credited his girlfriend Elizabeth Hurley for his new slimmer and muscle-bound look and said he is feeling better after losing 22 pounds.

The flamboyant cricketer, who was never worried about his physique or appearance during his playing days, was recently photographed on the set of Gossip Girl in New York looking noticeably “slimmer, more muscle-bound and decidedly tanned”.

“Sporting a tight blue t-shirt, dark glasses and a chic new hairdo, he was almost unrecognisable from his former incarnation as a beefty, louty, knockabout bloke from Down Under,” Daily Telegraph reported.

“Since he met and started dating Hurley, he has morphed into an altogether more sophisticated creature. Thanks to the attentions of Hurley he says that he has lost 22lb and feels better than he has in years. These days Warne seems to be styling himself, or being styled, on a cross between James Bond and a Ken doll,” it added.

The 41-year-old Warne appears to have had his eyebrows reshaped and even admitted using moisturising cream.

Warne and Hurley are said to be “besotted” with each other and according to magazine reports in Australia are also planning to get married.

I won't put much importance on the way England bowled: Laxman