Warriors captain Johan Botha is aiming at an all-win record in order to make it to the semi-finals. 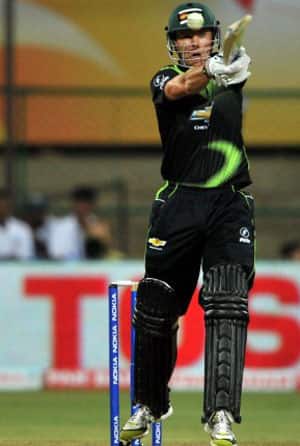 Warriors captain Johan Botha is aiming at an all-win record in order to make it to the semi-finals.

“We would like to finish first. Our next game is against KKR. Three victories would take us into the knock-outs. From there, you are two away from winning the championship. It is not going to be easy but we are looking forward to the challenge,” Botha said after his team convincingly beat the South Australia Redbacks.

Winning the first two matches in the main round has given them the requisite confidence.

“We knew it is going to be difficult for them if we took it to 170. Three wickets in first six overs was great,” the Proteas offie said.

Redbacks’ Michael Klinger admitted that they have played poor cricket.

“They played better than us. There are no excuses. We did not execute our basic skills well and lost wickets regularly. The run rate was high and they did well to contain us,” Klinger said.

Klinger however dismissed theories of lack of practice being their undoing.

“We had practice back in Australia and five days in Kolkata and also here in the last few days. That can’t be an excuse.” (PTI)