Washington Sundar impressed one and all with his guile and ability to bowl economically in the Powerplay overs in the just-concluded Nidahas Trophy 2018. He picked up 8 wickets (the most in the tournament), had an economy rate of 5.70, and was named Player of the Tournament all this, at only 18. Sundar was almost always used by Rohit Sharma with the batsmen looking to accelerate; he responded by reading the batsmen’s mindset. In an exclusive interaction with The Times of India, Sundar talked about Rohit’s leadership, bowling alongside Chahal, and more.

“Wrist spinners are magical. However, I feel finger spinners can be as effective as left-arm and wrist spinners. Most teams prefer left-armers or leggies, especially in the shorter versions. But I feel even offies can be as effective as the other two provided they are proactive. If you can double guess the batsman and be one up on the mindset every ball, then you can be good. Sometimes, an off-spinners’ classical delivery with a bit of loop and turn might not suit this format. Offies certainly need to do a lot of homework before every game,” opined Sundar.

Sundar stormed into the scene from the first match and hogged the limelight despite the presence of the senior professional, Yuzvendra Chahal: “I had the belief that I would get another opportunity [after the Sri Lanka T20s at home]. I was mentally prepared for everything. But I never expected to end up with the man of the series award. I started off well in the first two games and I just wanted to carry the momentum.”

On Rohit: “If you bowl a good ball and the batsman hits you for a boundary, Rohit will pat you on the back and say well bowled. He doesn’t shy away from setting traps and getting wickets in the powerplay. He is an amazing captain. Shastri and Arun had great belief in me. They gave youngsters the confidence and infused the feeling of a match-winner.”

On Chahal, with whom he bowled for India and will for Royal Challengers Bangalore in IPL 2018: “It will be exciting to bowl alongside him. Ours is a good combination. He is a leggie and I turn the ball other way. It gives a variety to the attack. We are accurate and wicket-takers. If we can take at least 4 wickets for our team per match, it will great.”

On playing under Virat Kohli and working with coach Daniel Vettori: “Kohli is a legend and has been truly inspiring. The challenge will be to overcome all the analysis that’s been done. I have always admired Vettori’s bowling. It will be different working with him he is a modern-day coach who knows the current generation of cricketers. I’m looking forward to it.” 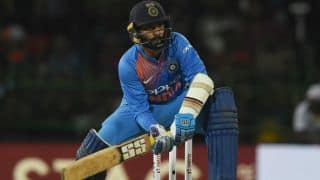 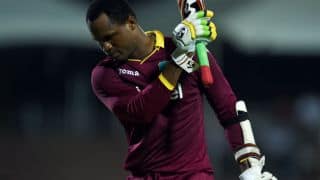