Akram was part of the commentary team in the recently-concluded ICC Cricket World Cup 2019.

Former Pakistan captain Wasim Akram experienced a very uncomfortable situation on Tuesday at Manchester airport when he was rudely questioned publicly. The 53-year-old Akram was asked to take out his insulin from its travel cold-case and dump it into a plastic bag by the officials at the airport.

“Very disheartened at Manchester airport today, I travel around the world with my insulin but never have I been made to feel embarrassed. I felt very humiliated as I was rudely questioned & ordered publicly to take my insulin out of its travel cold-case & dumped in to a plastic bag,” Akram vented out his frustration on Twitter.

The former left-arm pacer, who was part of the commentary team in the recently-concluded ICC Cricket World Cup 2019, played 104 Tests and took 414 wickets. He also played in 356 ODIs and picked a total of 502 wickets. (ALSO READ: ‘Have started working on developing the best cricket team of the world’)

“I do not believe I should have been treated differently from anyone else. I just believe there should be a standard of care when dealing with all people. I understand there are proper safety precautions but that doesn t mean people should be humiliated whilst undergoing them,” he wrote.

On July 14, England defeated New Zealand in a dramatic final to lift the World Cup for the first time. In the final, both teams finished at 241 after the 100 overs were bowled. The match then went into a Super Over which also ended in a tie.

England were crowned champions for the first time ever on the basis of superior boundary count. Ben Stokes, who played a match-winning knock of 84, was adjudged as player of the match. 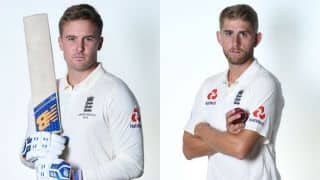