The former Pakistan fast bowler has been asked to be the ambassador of the league.

Karachi: Legendary Pakistani paceman Wasim Akram said he was excited that Pakistan would host a Twenty20 league that will give the country’s players much-needed international experience. Pakistan last month announced it would host a Twenty20 league in Doha, Qatar, after previous attempts in 2014 and 2015 were postponed after a lack of response from sponsors and logistical problems. The league was proposed to give Pakistani players an opportunity to compete with and against top foreign players, which they have not been able to do since international cricket was suspended in the country in 2009. Wasim said he was very keen to support the event. READ: Wasim Akram shooting incident: Alleged culprit tenders unconditional apology to retired pacer for ‘misunderstanding’

“I have been offered to be the ambassador of the league and I am excited about the league as it will help our players game-wise as well as financially,” Wasim told AFP. “Pakistan needed such a league so we all have to support the league and some good work is done for hosting this in the Gulf state and I am sure it will help lift Pakistan cricket,” he added. Former captain Rameez Raja has also tipped to be an ambassador. Pakistan Cricket Board (PCB) said some 40 foreign players will be approached to take part in the league. READ: Wasim Akram road-rage case: Culprit obtains anticipatory bail from Karachi court 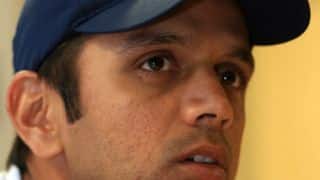