Akram, who was quite impressed with the way Pakistan bounced back from 1-4 down in ODI series.

Karachi: Describing Pakistan’s crushing nine-wicket win over England in the lone T20 International (T20I) at Old Trafford as a `good sign`, legendary fast bowler Wasim Akram has said it was a pleasure to see the side showcasing its perfection in all departments of the game. Chasing a target of 136 runs, Sharjeel Khan and Khalid Latif put up a brilliant 106-run opening stand to help Pakistan cross the line with 31 balls to spare. While speaking to a private TV channel, the former skipper said that the Sarfraz Ahmed’s side executed their plans well and the energy they exhibited in the field was also outstanding , the Express Tribune reported.  Full Cricket Scorecard, Pakistan vs England, One-off T20I at Old Trafford

Akram, who was quite impressed with the way Pakistan bounced back from 1-4 down in One-Day Internationals (ODI), also hailed Pakistan bowlers for restricting the England side to a paltry target of 135 in their stipulated 20 overs. Left-arm spinner Imad Wasim removed both England openers before fast-bowler Wahab Riaz scalped his T20I best figures of three for 18 to end their campaign on high. Expressing his satisfaction over Pakistan’s progress, Akram said that the side played fearless cricket and showed that they are capable of adopting to the requirements of modern cricket. READ: Root, Sarfraz, Bailey rise in ICC ODI Player Rankings

Akram also couldn’t stop himself gushing over new T20I skipper Sarfraz, saying that the latter displayed controlled captaincy in his first match and made some really well bowling decisions. Pakistan will now head to the UAE, where they will take on the West Indies, where they will play three ODIs, three T20Is and three Tests, beginning from September 23. 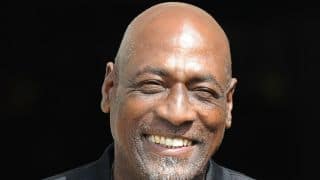