The former cricketer had stepped down from the post in 2013 citing personal reasons.

After a one-year hiatus, legendary pacer Wasim Akram will be back as bowling adviser of the Kolkata Knight Riders (KKR) in the coming season of the Indian Premier League (IPL), the franchise announced on Thursday.

“Akram has told us that his services will be available for the full length of the tournament this time,” KKR Chief Executive Officer and Managing Director Venky Mysore told mediapersons.

In 2010, Akram was appointed the bowling coach of KKR. But he stepped down in 2013 citing personal reasons.

Ahead of the February 12 IPL auction in Bangalore, Mysore kept his cards close to his chest when asked whether the franchise would go for sacked England batsman Kevin Pietersen and Indian dasher Virender Sehwag.

Pietersen was dropped from the England team for the forthcoming tour of the Caribbean later this month and the World Twenty20 to be held in Bangladesh in March, effectively ending his international career.

“If a player is fully available for us, then it is an advantage. We do not have a particular mindset, when they come up we will react. Everybody will be a likely candidate”, said Mysore.

The South African-born Pietersen has played for Royal Challengers Bangalore, Deccan Chargers and Delhi Daredevils in past IPL tournaments.

India discard Sehwag, who recently failed to find a place in the Rest of India side for the Irani Trophy, is now a free player after his IPL franchise Delhi Daredevils decided not to retain any of the players from their last year’s squad.

Mysore said an extensive number of foreign players were available and this year the auction will be “very different.” Moreover the ‘joker’s card’ option has made it “trickier”.

“The squad size used to be 33 and now it has been brought down to 27…there will be plenty of options to consider…the supply has gone up while the demand has decreased. There are extensive number of foreign players…choice will go up,” he said.

According to the new rules laid down by the IPL governing council, the teams can retain up to five players and cannot have more than 27 players in the squad, of which nine may be overseas cricketers. KKR has retained Gautam Gambhir — who would lead the side — and West Indies spinner Sunil Narine.

The GC has introduced a ‘joker’s card’ system where teams can retain more players by paying the bid price. It means whichever team bids highest for a specific cricketer, the original franchise will have the first right to refuse.

“Joker card thing has made it trickier…everybody will be a likely candidate. In a way retention has been made punitive…we have to balance it somehow…on one hand you have the joker card but the other part is the price,” Mysore said. 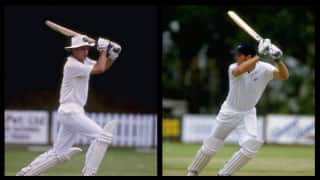 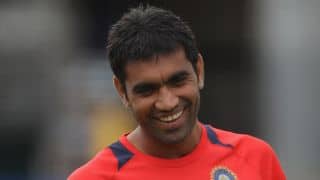