After surpassing ex-Mumbai teammate Amol Muzumdar to become the highest run-scorer in Ranji Trophy history, former India Test opener Wasim Jaffer on Sunday said he was aware of the record and termed it a special feeling. 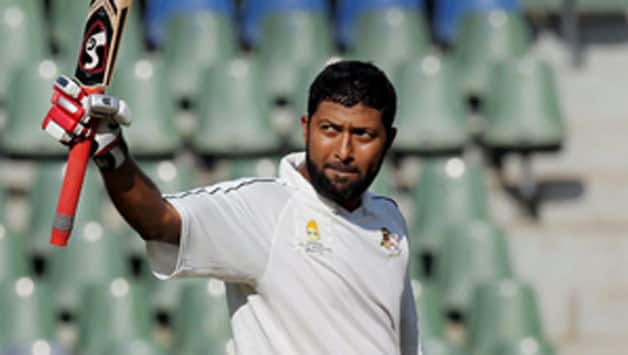 After surpassing ex-Mumbai teammate Amol Muzumdar to become the highest run-scorer in Ranji Trophy history, former India Test opener Wasim Jaffer on Sunday said he was aware of the record and termed it a special feeling.

Jaffer overhauled Muzumdar when he made 132 against Saurashtra on the second day of the final at the Wankhede Stadium at Mumbai on Sunday.

“I was aware of the record because it was printed (in the newspapers) so much,” said Jaffer, who will be 35 next month.

Jaffer needed 83 runs at the start of the innings to shoot past Muzumdar’s record of 9105 and in the course of it also became the tournament’s highest century maker by notching up his 32nd hundred, one more than Ajay Sharma.

“I feel very happy about it. Scoring a hundred in the final means a lot and is always special,” said Jaffer whose century helped Mumbai finish the second day at 287 for 6, a lead of 139 over Saurashtra who were bowled out yesterday for a meagre 148 in their first innings.

Jaffer, whose misunderstanding with Sachin Tendulkar ended up in the senior batsman being run out for 22, said it was an unfortunate dismissal that ended their promising third wicket stand after it yielded 68 runs.

“It was unfortunate (that he got run out) which is not what you want in a big game especially if it is Sachin at the other end,” he said.

Jaffer said it is easy batting on the Wankhede track in the second and third sessions than in the extended opening session as was the case over the first two days.

“Batting in the second and third sessions easier than the first one,” he remarked.

Mumbai started very slowly this morning after resuming at 19 for no loss and were only 88 for the loss of opener Kaustubh Pawar‘s wicket at lunch before stepping up the pace of scoring later in the day.