Bangladesh defeated Zimbabwe by 3 runs in the match.

Gabba: Bangladesh defeated Zimbabwe by 3 runs to keep their semifinal hopes alive for the T20 World Cup. Bangladesh now have two wins in three games and are currently second on the points table. Zimbabwe defeated Pakistan in the last game and a win against Bangladesh would have significantly boosted their hopes of a semi-final berth. However, that was not the case to be.

Coming back to the game, Zimbabwe bowled brilliantly and restricted Bangladesh to 150-7. Nazmul Hossain Shanto played a brilliant 71-run knock to push Bangladesh to a competitive total. Zimbabwe in their chase were rattled early and were reduced to 35-4 and 69-6 before Sean Williams and Ryan Burl revived the inning with a half-century stand.

With 40 needed off the last 3 overs, Bangladesh were still in command but Sean Williams (64) scored 14 off the 18th over by Hasan Mahmud to bring the equation down to 26 off 12. Shakib bowled a brilliant penultimate over and gave just 10 runs, leaving 16 in the final over. Williams also departed in the over, courtesy of a run out.

Things looked all good for Bangladesh when Zimbabwe needed 15 off 4 balls but Richard Ngarava hit a four (LB) and a six of the next two balls to bring the game alive. Ngarava was stumped on the next ball and Zimbabwe needed five to win on the final delivery.

Wow, What A Thriller Match? 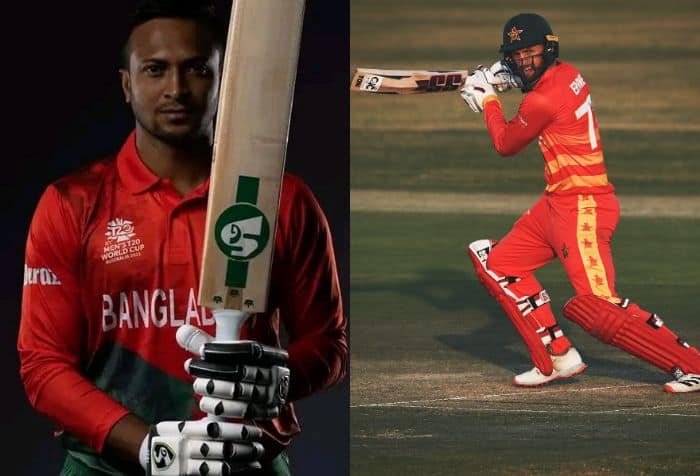