After going unsold in the first round of auction, Gayle was picked by KXIP in the next.

Though there are still months left for IPL 2018 to commence, the heat is already on. Self-proclaimed ‘Universe Boss’ Chris Gayle recently engaged in a friendly banter with Andre Russell during a net session for the Jamaica Scorpions. Gayle, who has been picked by IPL franchise Kings XI Punjab, is seen moulding well to the Punjabi groove as he celebrated in a signature Bhangra style after getting fellow Jamaican Russell out, caught and bowled. Earlier, Russell had challenged Gayle to hit a six off his delivery and the result, needless to say, left Gayle amused.

As seen in the video, Russell announced that he would hit Gayle for a six and celebrate with a dance. However, Gayle revealed that he had kept Kolkata Knight Riders’ Russell ‘busy’ with his bowling. In the next video, Gayle is seen getting Russell out and celebrating afterwards.

@ar12russell is back but not with a bang after running into the Universe Boss! He said he was gonna dance when hit me for a 6 but it was the other way around…this is one of the dismissal today with the Punjabi dance . #Kings vs #Kkr #Gothim

After going unsold in the first two rounds of auction, Gayle was picked by KXIP in the next. Gayle was released by Royal Challengers Bangalore whom he represented in between 2011 and 2017, while KKR retained Russell. 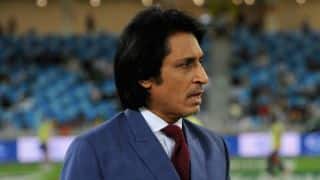 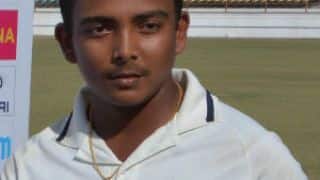