Sri Lanka are in control of this match as they put up 421 on the board. At the end of Day Two, South Africa were closing in on a hundred, but had lost three wickets. Sri lanka will be looking forward to take the wicket of Hashim Amla, who is still unbeaten in the middle. South Africa are currently leading the series 1-0 and would be looking to close in on a maiden series victory in Sri Lanka. Catch Live Streaming of the match at tensports.com and live action on TenSports.

It was the duo of Faf du Plessis and Hashim Amla who did much of the recovery work for the South African team for the rest of the day. The pair added 58 runs from 179 balls for the third wicket, frustrating the Sri Lankan bowlers in the process. It was Suranga Lakmal’s reintroduction to the attack which led to the dismissal of du Plessis, who edged the ball to the keeper, and he collected it inches from the ground with a fabulous one-handed dive.  The next man to come in was AB de Villiers, who stayed at the crease till the end of day’s play. Amla and De Villiers now have the task of thwarting the Lankan spinners on Day Three  in order to swing things in their favour. 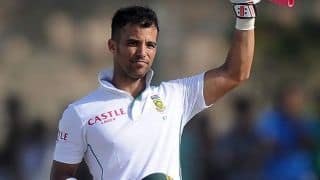 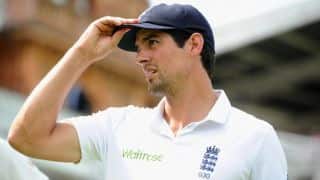 Alastair Cook holds on to captaincy because of ECB politics: Kevin Pietersen